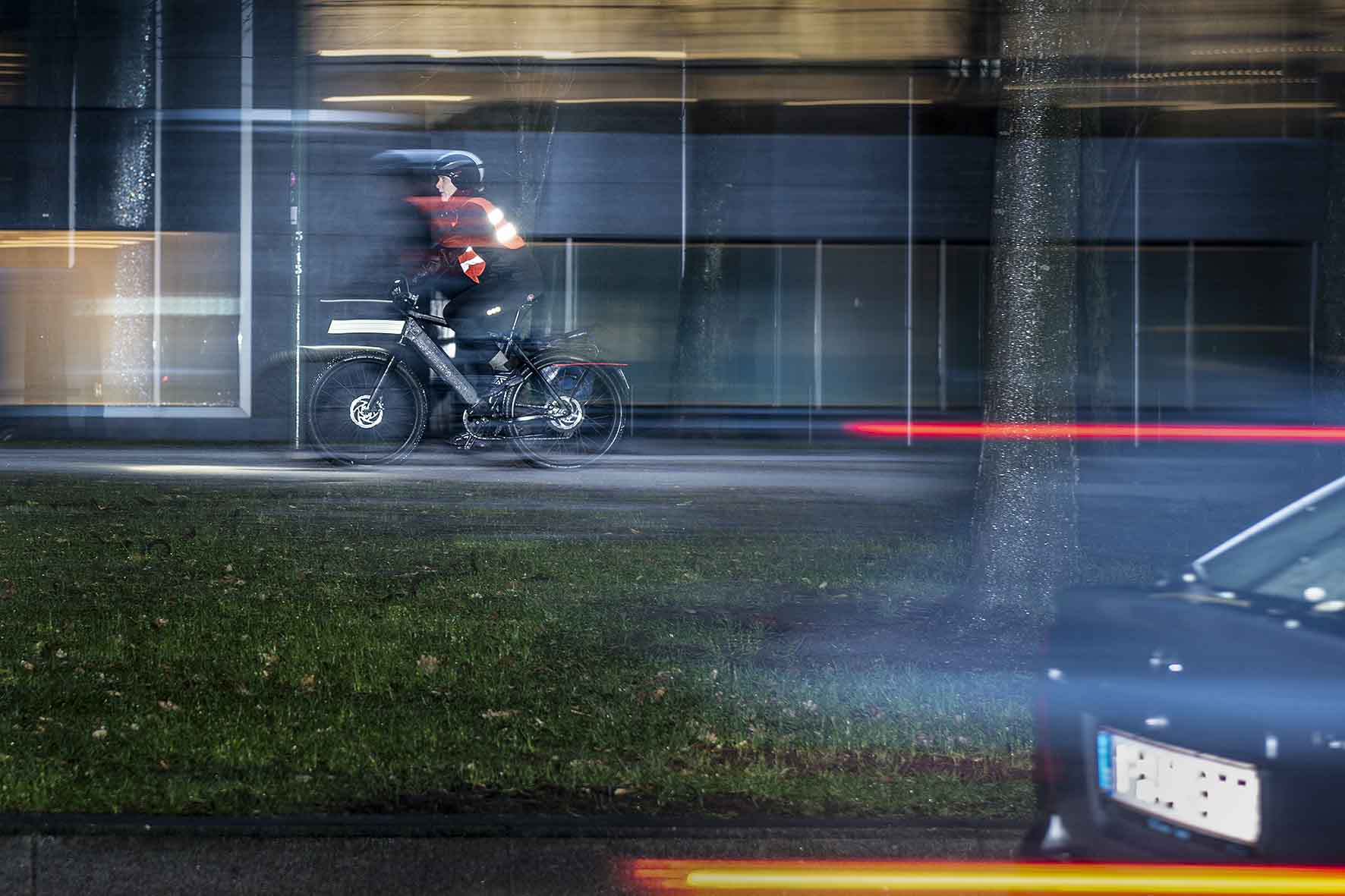 A recent scientific study has found that cyclists, who are cycling with electrical assistance, achieve the same levels of physical activity as users of non-electrical supported bicycles. Main explanation for this conclusion is the fact that, on average, e-bikers tend to have longer trips and ride more often compared to ‘conventional’ cyclists.

The research, funded by the European Commission, gathered data from over 10000 participants in 7 major European cities. One of the research elements was the comparison of physical activity levels of e-bikers and cyclists, expressed in MET-equivalent. This stands for Metabolic Equivalent Task, expressing how much energy a physical activity cost (*). When adding all activities up, the study found that cyclists came to an average of 4085 METs per week, while e-bikers ended up with a slightly higher but not substantial, average of 4463 METs per week.

Cyclists still use more energy than e-bikers, but e-bikers are reported to go on longer trips than cyclists: 9.4 km. versus 4.8 km. Also, longer daily travel distances were reported, with 8.0 km for e-bikers and 5.3 km for cyclists. Since they ride more kilometres overall, e-bikers ‘compensate’ for the support they get from the electrical motor.

Another research subject concernced the the effects of changing travel mode on physical activity. When the e-bike replaces a bicycle as a means of transport, an average loss of 200 MET minutes per week was measured. But when the e-bike replaced a car or public transportation for commuting or shopping, a gain of around 550 MET minutes per week was measured. The study concluded that this was a substantial increase of physical activity, which shows the potential for change in travel behaviour.

Using an e-bike offers considerable potential health benefits, even though injury risks by mode were not included in this study. Cycling and e-biking are a healthier mode of transport for commuting and good options for replacing the car or public transport. But, especially the e-bike offers more sustainable transport potential as a very competitive alternative to urban motorized modes of transport.

The research was concluded with the following statement: “This analysis supports the notion to accept, or even promote, e-bikes as a healthy and sustainable transport option based on e-bikers travel behaviour and self-reported mode substitution. Planners should be aware that e-bikers travel longer distances than cyclists. Thus, e-bikes might be used for longer commuting trips than non-electric bicycles. To accommodate (or promote) this new demand and to avoid conflicts with other road users in urban areas, cycling infrastructure should be expanded and may need to be adapted to accommodate higher speeds and address safety needs. The health benefits in terms of physical activity of using e-bikes, particularly when replacing car trips, should be factored in when considering subsidizing e-biking.”

Source: Physical activity of electric bicycle users compared to conventional bicycle users and non-cyclists: Insights based on health and transport data from an online survey in seven European cities

Note: (*) The definition of Metabolic Equivalent of Task is the oxygen used by a person in milliliter per minute per kilogram body mass divided by 3.5.