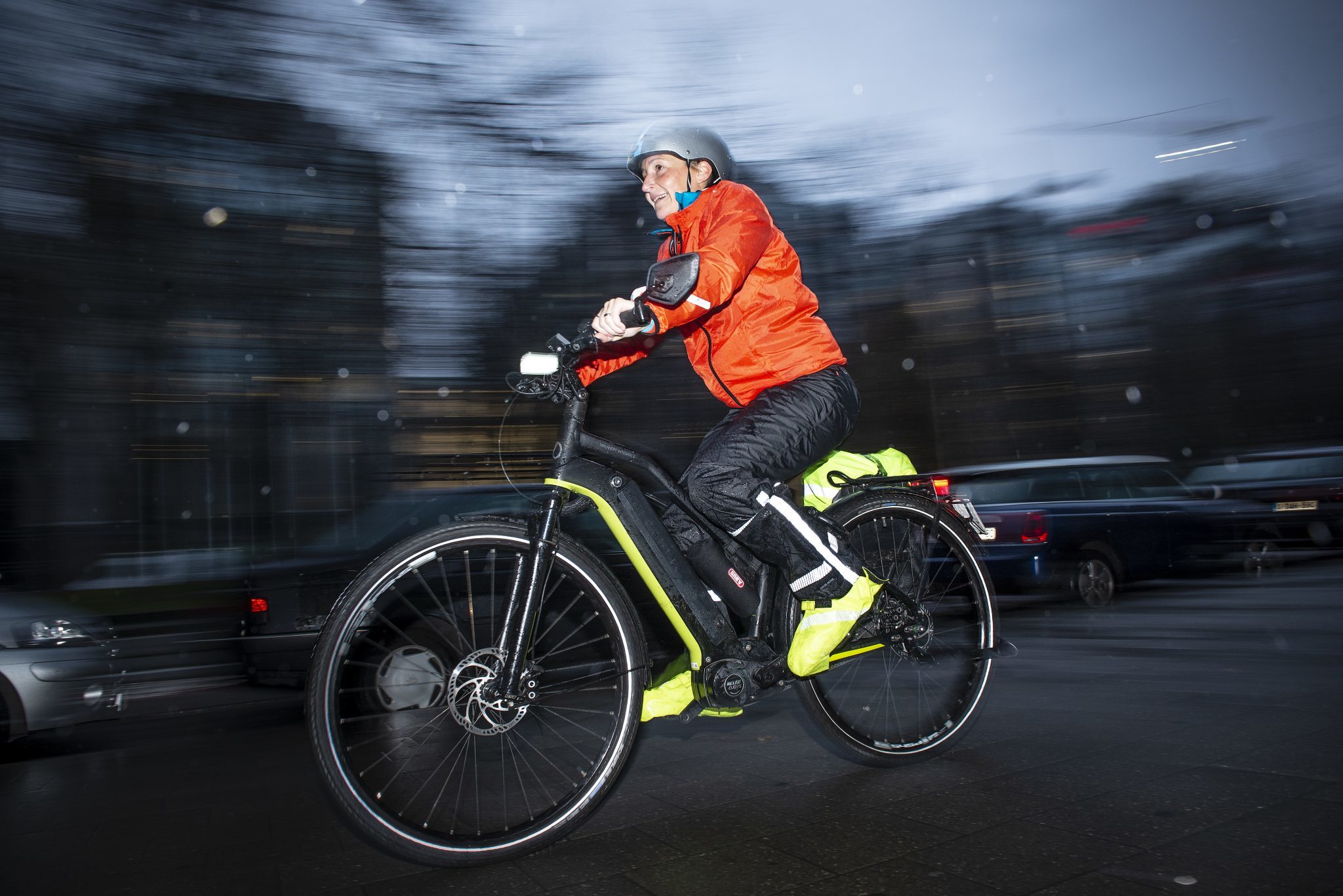 No less than 45% of all bicycles sold in Belgium are supported by an electric motor. Professor Jan Cappelle, head of the Energy & Automation Research Group at the Ghent Technology Campus of KUL, the Leuven university, is very pleased with that success. However, ever since his team has started to take a close look at e-bikes, he has frowned on many occasions.

This article was published in the Campus newspaper of the KU Leuven.

Having grown up in a family without a car, Jan Cappelle has a profound belief in the potential of e-bikes. “I live in Waregem. For five years now, every day I have been covering the 32 kilometres to the campus  and back with a speed pedelec, an electric bike with assistance up to 45 km/h. I used to commute with a racing bike, but changing clothes is a hassle, very inconvenient if you are expected in the auditorium at half past eight. With the speed pedelec I am also less tired and it gives me a liberating feeling to overtake stationary cars at a speed of 40 km/h.”

Jan Cappelle’s research group wants to develop technological improvements, which ensure that the e-bike makes full use of its potential. “We soon found out that manufacturers are not very concerned with electrical support,” he explains. “Because consumer demand for e-bikes is high, manufacturers often just add a motor and a battery to their existing bike models, without being really concerned about the product as a whole.”

The team developed a smart bicycle storage system that protects every electric bike against theft and that charges the battery by means of a universal charger. Jan Cappelle: ” From the battery connection on the e-bike we connect two cables with clamps on the front fork. When you push  your front wheel in between the two bars of the charging station, your bike is secured. With your smartphone you scan the QR code that identifies your bike, which establishes a connection with the database of the charging system and the charging process starts automatically.”

“Every brand of electric bicycles has a different type of charger, it is unbelievable that the sector fails to standardize it.”

In the Belgian TGVelo project, for the very first time the research group  brought together the producers of e-bikes with large user groups such as the Cycling Federation, Colruyt, Bpost and the municipality of Ghent. “Together, we are investigating a quality framework for electric bicycles. Today, group purchases have requirements such as aluminium mudguards or disc brakes , but that hardly qualifies as quality requirements. In close cooperation with the industry, we are now defining parameters that provide relevant information on the performance, the safety and reliability of the e-bikes.”

Another project Belgian project involves speed pedelecs. It is part of the Flemish action plan ‘Clean Power For Transport’ and aims at investigating the potential of these vehicles to make mobility more sustainable. The Ghent research team, in cooperation with a few other partners offers employees of interested companies the opportunity to test a speed pedelec for commuting for three weeks. “We monitor all the trips they make during that period“, explains Jan Cappelle. “We collect data about the routes, speed and riding behaviour and compare them with those of other means of transport. We also measure the riding experience and the quality of the vehicles using calibrated procedures. Although the speed pedelecs used in the project are brand new, we notice that intensive use often results in parts getting damaged or coming loose. We share our reports with the manufacturers to allow them to solve structural problems.”

“I see more of a future for the electric bicycle than in the electric car. It will remain expensive, consumes twenty times more energy and offers no solution to traffic jams.”

A growing number of people are becoming aware of the benefits of e-bikes. Today, in Belgium almost half of all bicycles sold have an electric motor. “Moreover, new means of transport are gaining popularity for a variety of distances. For instance, the number of electric mini-scooters and monowheels (unicycles steered hands-free) is visibly growing. We will gradually change over to electric transport. In that trend, I believe e-bikes have a brighter future than the electric car, which will remain expensive, consumes twenty times more energy and offers no solution for congestion.”

Now that light electric vehicles such as e-bikes and e-scooters are on the rise, the concepts of ‘cyclists’ and ‘moped riders’, which the legislator use to determine the legal rules, have become obsolete. For instance, how to categorize the speed pedelec, which in current legislation is classed as a moped with pedals? Cappelle and his team are striving for a more accurate legislation. They assist LEVA-EU in negotations on technical rules with the European Commission. One of these meeting had a remarkable ending.

“We were annoyed that these Commission people in tailor made suits had never seen a speed pedelec  up close. So, we decided to ride from the campus in Ghent to our meeting in Brussels. We locked our e-bikes in a bicycle rack on the square in front of the Berlaymont building. We concluded our presentation for the Commission with the words: ‘If you want to try one of these vehicles, please join us outside’. However, back on the square, we found that our speed pedelecs had been stolen! Despite the fact that there was an abundance of security because Angela Merkel was in Brussels on that very day. So, someone had been cutting our locks right under the nose of an army of security people!“