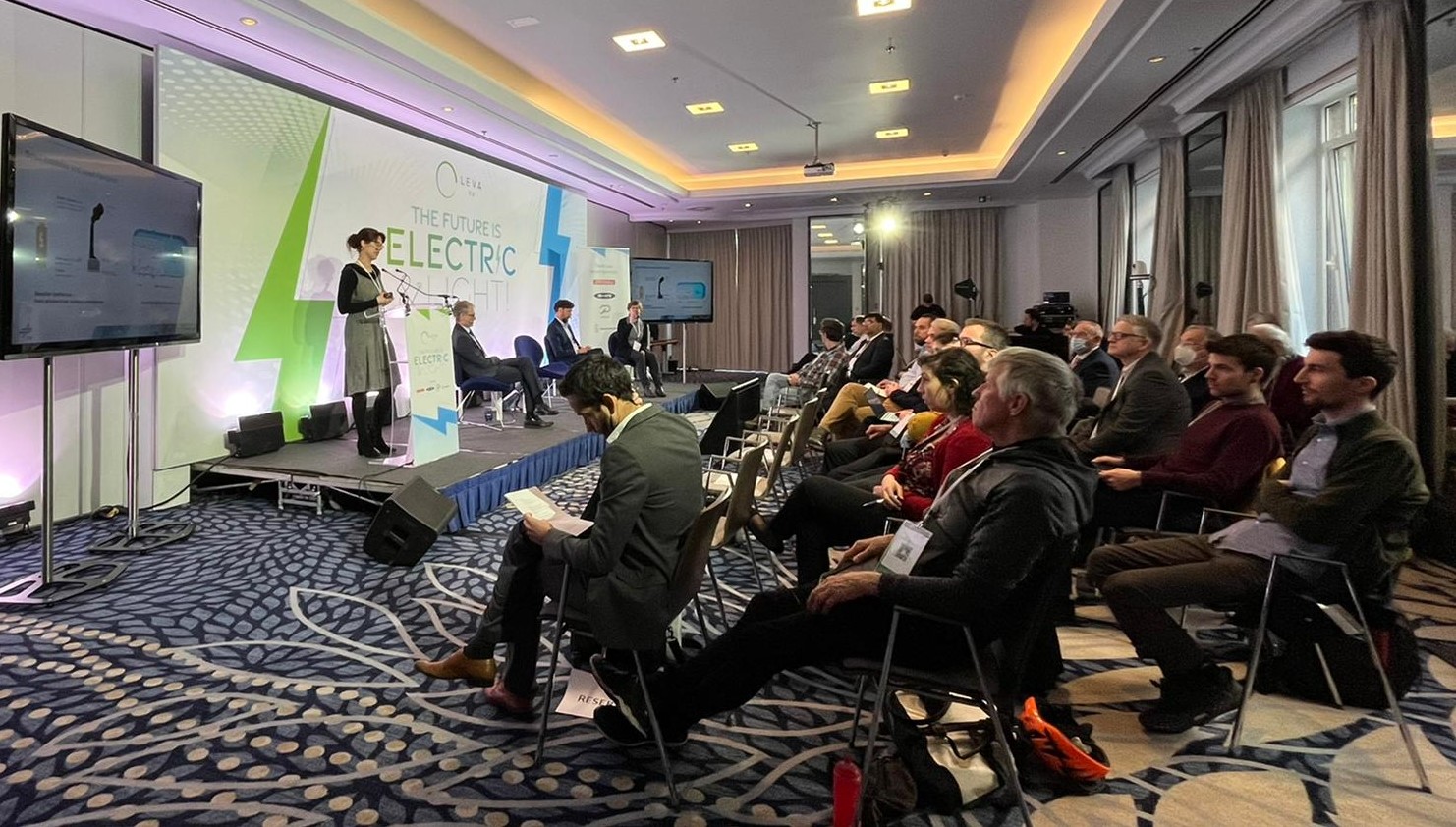 Light Electric Vehicles (LEVs) are key to reducing greenhouse gas emissions (GHG) in the fight against climate change. That is the conclusion of the very first study on how the use of LEVs can contribute to Climate Protection. The report, “The Potential of Light Electric Vehicles for Climate Protection Through Substitution for Passenger Car Trips – Germany as a case Study,” by the authoritative German Aerospace Center (DLR), was presented on March 24 at the conference: The Future is Electric and Light!, held in Brussels and on-line, attended by policymakers at EU, city and local level and by the scientific community.

The DLR-study models a scenario for Germany in 2030 in which a major modal shift, away from full-sized cars to LEVs, has taken place. For the model, DLR has used 9 different LEV-types, i.e. e-scooter, e-cycle, e-cycle+ (allowing for cargo), speed pedelec, moped, motorcycle, microcars 45, 90 and 125 km/h. The analysis was done with vehicles available on the market, announced for sale in 2022 or tested in pilot projects. For the model, DLR used statistical data from the German 2017-survey “Mobilität in Deutschland“.

For each substitutable car trip, DLR chose the lightest LEV that could replace the car, considering a variety of factors such as luggage, passengers, trip length etc.  Of all car trips in the survey, 97% were less than 100 km, with 80% under 20 km! The calculation of the overall CO2eq emission saving per trip was aggregated for all trips and scaled up to a period of one year for Germany. With this model, DLR found the following.

The DLR-study was discussed by two panels at The Future is Light and Electric! event, which featured an impressive line-up. MEP Marian-Jean Marinescu was one of the participants in the political discussion in the morning. He is the EPP coordinator in TRAN and also a substitute on ENVI and ITRE. He was joined by 2 Commission representatives: Zlatko Kregar, Policy Officer at the Unit Sustainable and Intelligent Transport, DG Move and Michael Kyriakopoulos, Senior Expert Low Emission Future Industries, DG Research and Innovation. Lucas Demuelenaere represented Alain Maron, the Brussels Minister of Climate, Energy and Environment.

The scientific panel in the afternoon included a figure head of LEV-research. Chris Cherry is Professor at the Department of Civil and Environmental Engineering at the University of Tennessee. He has done a great deal of research into and published on light electric vehicles. He stated: “Simply switching fossil-powered cars with electric cars will not do enough, fast enough, to reach our climate targets. This report, using real-world behaviour data, shows that LEVs can be an important and readily available way to fast-track climate mitigating technology into the transportation sector for many of society’s trips, which can result in large short-term reductions in emissions.”

“With the energy it takes to go and get a loaf of bread from the bakery in an electric car, one can go to the same bakery 100 times in a light, electric vehicle,” said Jan Cappelle, Associate Professor, Faculty of Engineering Technology, KU Leuven, commenting on the findings. Laura Po, Associate Professor, “Enzo Ferrari” Engineering Department, UNIMORE, Modena, Italy, speaking at the event welcomed the research as “an exemplar study conducted in Germany that should be reproduced by all other member states. What we need now is customer acceptance and political regulation.” she added.

“Switching our car system to electric cannot reduce carbon emissions fast enough and does not make mobility more just – research and policy need to focus on micromobility and other light electric vehicles and their role in creating more sustainable and just mobility futures, not just in the West, but also globally. The LEV report provides important insights for this necessary transition,” said Dr Frauke Behrendt, Associate Professor in Transitions to Sustainable Mobility at the Technology, Innovation and Society Group at the Eindhoven University of Technology, Eindhoven, Germany.

Outside the event venue, just around the corner of the European Parliament, a number of vehicles, among which the Microlino, the eFlow and Podbike, were shown to the participants and the press. Furthermore, Commission officials and MEPs were invited to take a look at the vehicles and to take a short test ride during the day.

The Future is Electric and Light! is the start of long-term advocacy initiative by LEVA-EU to encourage and further scientific research into LEVs and their integration in EU policies such as the Green Deal, Fit for 55 and the New Urban Mobility Framework.

“The study shows that the European Union is making a mistake in ignoring light, electric vehicles. Sustainable mobility and mitigating climate change cannot be achieved by electrifying vehicles only. The vehicles also need to become much lighter,” said Annick Roetynck, Manager of LEVA-EU, the European trade-association for Light Electric Vehicle (LEV) businesses who commissioned the research.

“Legal bottlenecks, particularly in technical legislation are very seriously hampering the technological and market development of LEVs. The results of the DLR-study should convince the Commission to prioritise those issues,” she added.

Outside the Renaissance, a number of vehicles, among which the eFlow speed pedelec, the Microlino microcar and the Podbike, were shown to the participants and the press. Furthermore, Commission officials and MEPs were invited to take a look at the vehicles and to take a short test ride during the day.

The Future is Electric and Light! is the start of long-term advocacy initiative by LEVA-EU to encourage and further scientific research into LEVs and their integration in EU policies such as the Green Deal, Fit for 55 and the New Urban Mobility Framework.

LEVA-EU enjoys the support of Fairlybike, Microlino, Podbike and Superpedestrian for both the DLR-report and the long-term initiative. Further sponsoring is still welcome. Please contact Eddie Eccleston, eddie@leva-eu.com, tel. +32 472 32 9770.