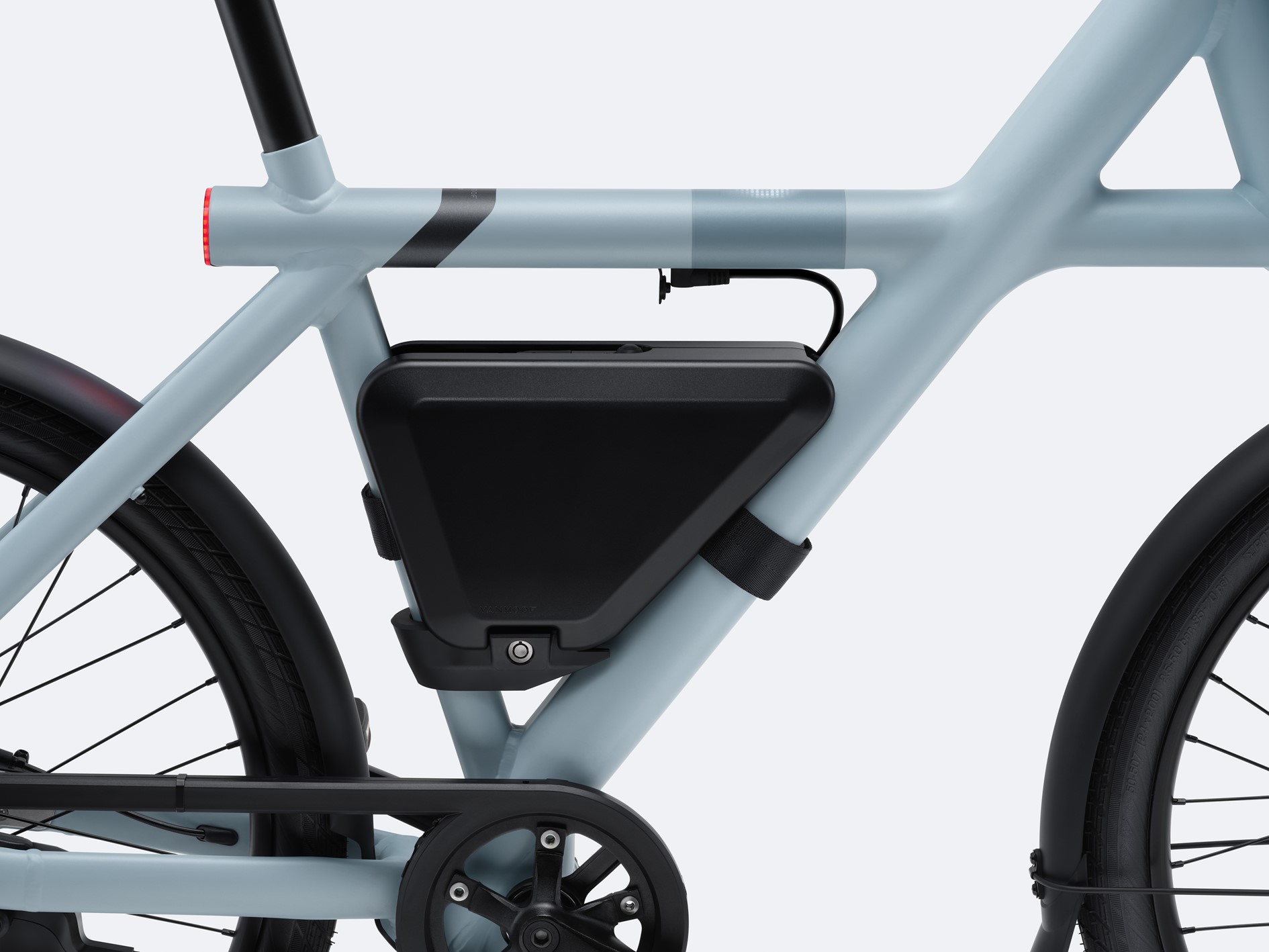 Source: Amsterdam, April 20, 2021 – Today, VanMoof announced its most anticipated innovation to date – a removable PowerBank that gives riders up to 62 miles extra range on their VanMoof S3 or X3. As a detachable accessory that can be easily charged indoors, the PowerBank is designed not only to extend your ride, but also to allow riders to charge their bikes more easily. The accessory makes VanMoof’s e-bikes even more accessible as even longer commute distances are now possible on a single charge. It also brings the VanMoof S3 & X3’s range capacity closer to that of an average electric car, making the e-bike company’s case for car replacement even more compelling. The PowerBank can charge the bike’s main battery both standing still or while riding, and packs a massive power upgrade – almost doubling the bike’s energy capacity.

What riders wanted most was to be able to ride their bikes for longer and charge them more easily. The introduction of the PowerBank showcases VanMoof’s attentiveness to its growing community of riders. It’s also an example of how the e-bike company is constantly fine-tuning its product in-house to get the best results. Ultimately, the PowerBank complements VanMoof’s integration-first approach while offering riders the opportunity to go further and charge their bike more conveniently.

The PowerBank is bought as an optional accessory and can charge the bike’s main battery both standing still and while riding. It’s priced at $348 (plus $25 for shipping if not ordered at the same time as a new bike), charges from 0–100% charge in three hours, and weighs 6.17 lbs. It’ll give every VanMoof S3 & X3 rider an additional range of 28-62 miles depending on what pedal assist level they ride with. The VanMoof PowerBank is available to order from April 20th at vanmoof.com. Ships June 2021.