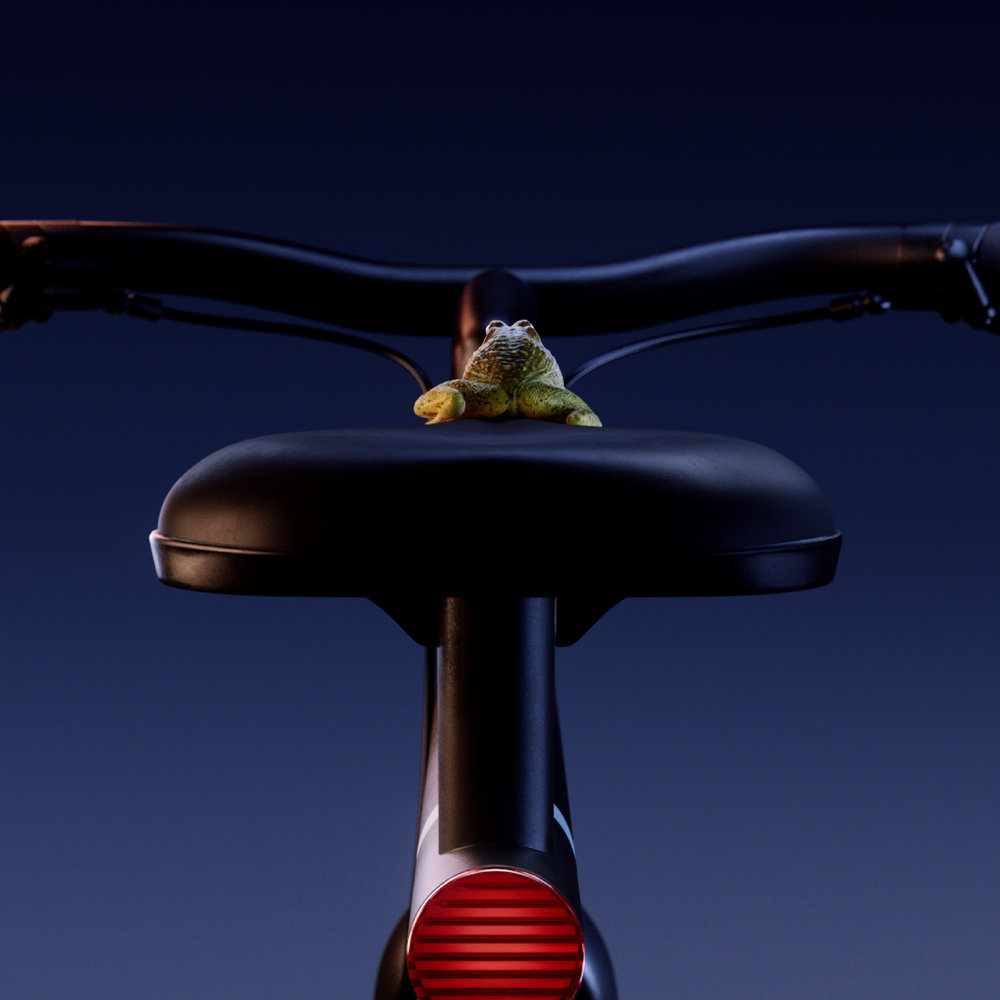 LEVA-EU member VanMoof launched a new surprising campaign showcasing the power of cycling. Following the brand’s controversial TV spot that was banned in France, UK illustrator Jim Stoten takes viewers on a psychedelic dream ride. Along the way, the frog protagonist watches the gloomy city transform around him, with gridlocked roads exploding into flowers, and isolated drivers coming together as a community of happy riders.

VanMoof’s new campaign film draws attention to the positive impact that the next billion on bikes will make on cities worldwide. “Instead of focusing on the negative effects of cars and clogged streets, we’re emphasizing the positive advantages of cycling,” says creative director Pascal Duval.

The two-minute animation takes viewers on a surreal journey, with a frog protagonist riding through a crowded city on a VanMoof S3. “I find it really exciting to see something which catches your eye and doesn’t seem to mean anything. Then you can’t help but start putting meaning to it.” explains illustrator Jim Stoten, who’s known for his madcap visual style.

In his vision of a dreamlike daily commute, a curious frog pedals his way through busy, smog-filled roads, reminiscent of rush hour all over the world. As the frog zips past traffic jams and honking drivers, the world around him suddenly starts to change. With every push of the pedals, cars transform into blooming plants, and cycling lanes appear. With this ride, the frog is inspiring a wave of much-needed change – the more people ride, the greener our cities will be. By the end of the film, the frog is cruising through a clean, greener city, flanked by a growing community of riders.

VanMoof’s animated dreamworld builds on the e-bike boom, seen across cities worldwide. Within a few weeks of the first lockdown, signs of environmental recovery were reported. “Last year could be the first big step in the mobility revolution the planet is craving”, Ties Carlier, VanMoof CEO and co-founder adds. VanMoof’s playful new vision, reminds people that urban quality of life is not only influenced by political decision makers, but by everyone making more conscious decisions every day.

The film is part of VanMoof’s first campaign of 2021, running globally until the end of March on Youtube, Facebook, and Instagram. In 2020, VanMoof more than tripled its sales of e-bikes. The disruptive pricing model, combined with industry defying in-house production, means VanMoof can satisfy soaring demand while other bike stores grapple with production shortages. The VanMoof S3 & X3 are available worldwide at vanmoof.com.