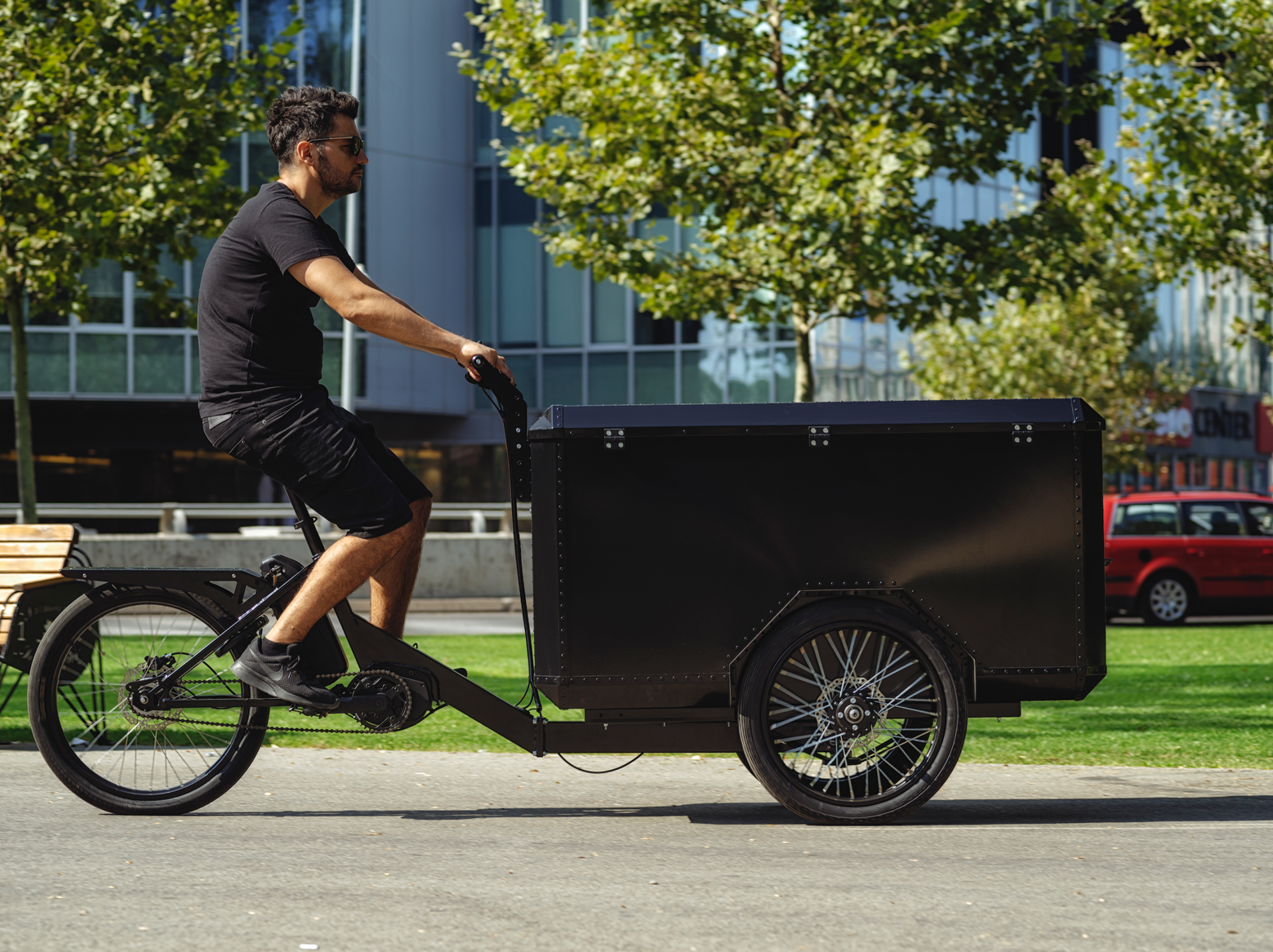 The Promise of Low Carbon Freight

Freight transport contributes significantly and increasingly to climate change. In urban areas, goods vehicles contribute to deteriorating public space quality, air quality, and other road users’ safety. In London alone, between 2015 and 2017, vans and HGVs together were involved in 32% of total fatal collisions. The 213,100 vans owned by Londoners, when parked outside, occupy around 2,557,200 sqm of road space, the equivalent of just under twice the size of Hyde Park. The growing demand for home deliveries is predicted to worsen the situation, which will not be contained by shifting to less polluting vehicles alone.

Cargo bikes, having become popular in several cities, can provide an alternative to the current damaging freight transport model which is increasingly relying on delivery vans. This report provides a study of the logistics potential of (electric) cargo bikes for urban deliveries. Using GPS data, the researchers compare routes taken by Pedal Me cargo bikes in London with routes that vans would have to take to deliver the same parcels.

They find that the service performed by the Pedal Me freight cycles is an average of 1.61 times faster than the one performed by van. Moreover, in the 98 days of work sampled, Pedal Me helped save a total of 3,896 Kg of CO2 and over 5.5 kg of NOx, showing that cargo bikes can serve their customers better than a van without generating many of the externalities currently associated with urban freight.

Previous systematic studies have estimated that just over half of all motorised freight logistics in urban areas could be done by (electric) cargo bike. They’ve assumed that at least part of this is immediately possible in London. The researchers estimate that expanding cargo bike services to replace 10% of the van-km currently driven in London would mean saving as much as 133,300 tonnes of CO2 and 190.4 thousand Kg of NOx per year. At the same time, it would reduce urban congestion and free a total of 384,000 sqm of public space usually occupied by parked vans and 16,980 hours of vehicle traffic per day.

These benefits are not just specific to London, with the 100,000 cargo bikes introduced in Europe between 2018-2020 estimated to be saving, each month, the same amount of CO2 needed to fly about 24,000 people from London to New
York and back, i.e. 80 Boeing 777-300 flying over 890,000 Km. The researchers conclude with some key recommendations for supporting the expansion of (electric) cargo bike freight in London and improving the roads for many that still struggle to use them safely.