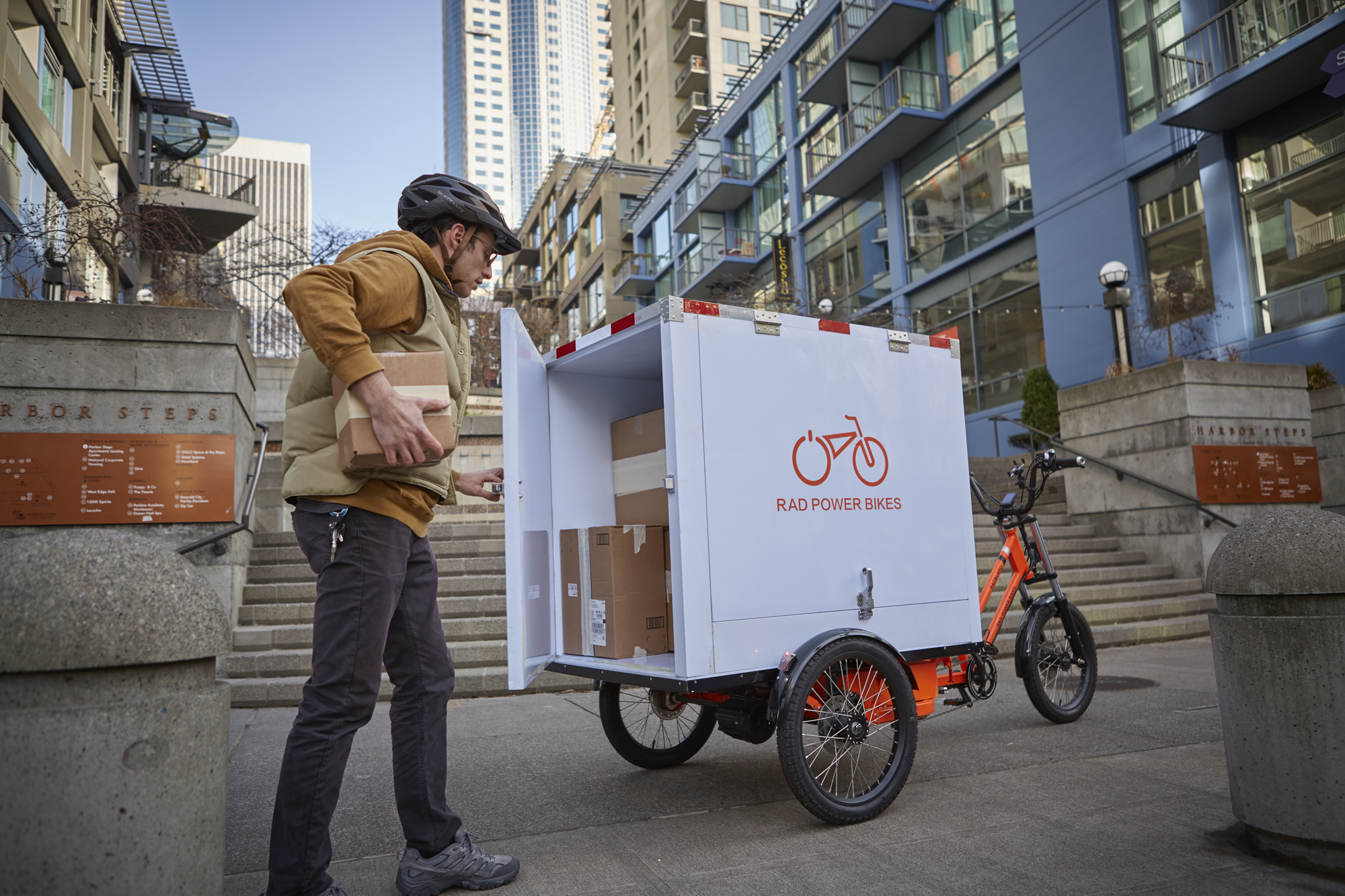 The Business Case For Cargo Bikes

Source: Tom Parr on Urban Mobility Daily 07 October 2020 – As traffic volumes increase in city centres, partly fuelled by deliveries from a COVID boosted e-commerce sector, organisations are looking for a silver bullet for urban logistics. But has it been sitting right here under our noses all this time?

The (electric) cargo bike is making a break for the mainstream. And not just in traditional northern European cargo bike heartlands such as the Netherlands and Denmark, but also in places like Germany, France, the UK and Canada. Sales are constantly booming with manufacturers reporting increases of over 50% year-on-year despite COVID. However, in spite of their enormous potential, (electric) cargo bikes are still thought of by many as an oddity; a niche item.

Real-life case studies show that there is a clear business case for cycle logistics. In recent years the likes of FedEx, DHL, UPS, Amazon, DB Schenker, DPD, GLS and Hermes have all added (electric) cargo bikes to their fleets, and across the world (electric) cargo bikes are used by organisations of all shapes and sizes. Let’s rewind and explore some of the reasons why.

They’re quicker. Time and time again it has been shown that (electric) cargo bikes can get the job done quicker in cities. Data from a cycle logistics hub set up in car-addicted Sydney in 2016 showed that (electric) cargo bikes travelled a third few kilometres than vans, taking less than half the time to complete their rounds. But how? (electric) Bikes are nimbler, can use cycle lanes, take shortcuts and park with ease. Meanwhile, vans spent three times as long parked up compared to (e-) bikes. And whilst bike couriers hardly needed to walk at all – having parked just outside the door, van drivers walked approximately a third of their total distance. In Sydney it’s evidently easier to just park and walk than to constantly drive around looking for parking spaces.

They’re energy efficient. A study by Velove and the Swedish Energy Agency showed that e-cargo bikes consume 94% less energy than traditional e-van for the same deliveries. Yes you read that right: 94% less. Weight is the obvious factor here; the e-van tested, a Nissan e-NV200, weighed approximately 17 times as much as the e-cargo bike. And like in Sydney, routing is also key, with cargo bikes able to take much shorter routes than e-vans.

Their footprint is small. On emissions, as well-documented as the health benefits of reduced air pollution are for public health, it is also becoming clearer that the vehicle tailpipe is not the only offender. Fine particulate matter (PM) emissions from tyre and brake wear can have a detrimental effect on urban air quality and have also been shown to cause microplastic marine pollution. Simply swapping ICE vehicles for electric does not appear to mitigate this.

In both cases, (electric) cargo bikes do have an environmental impact. However, the lower weights and speeds involved mean that their footprint is orders of magnitude slimmer.

It’s the Decade of the (Electric) Cargo Bike. In terms of both costs and environmental impact then, the cargo bike has a distinct edge – but that’s not all. Depending on where you’re based, (electric) cargo bike sales are now often supported by subsidies* from local, regional or national government. Cities worldwide are realising that alongside cycling for personal mobility, cycle logistics is intensely compatible with their efforts to foster liveable urban environments. If you close your city centre to internal combustion engine vehicles, the (electric) cargo bike is an important ally to keep urban logistics flows going.