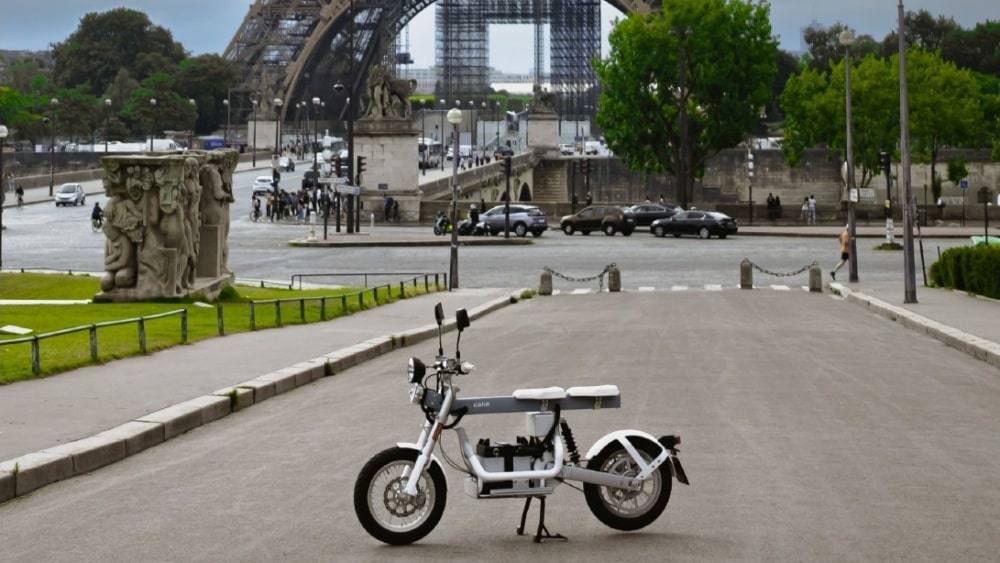 Local organization and central Paris storefront to meet the rising demand for electric, two-wheeled vehicles in the city of light.

CAKE, the Swedish maker of premium lightweight, electric motorcycles and LEVA-EU member, today announced an expanded commercial focus on France, with Paris becoming a key city in the company’s multi-city structure philosophy. With a sales team already in place, plans include a growing local team to better serve both B2B and B2C customers. A CAKE Pop-Up Store just opened its doors in the Marais district of Paris, with a full-service CAKEsite expected to open later this year.

“Paris is a key market for us, being the epicenter of innovative, environmental legislation, a place that is buzzing with excitement for clean transportation options. We simply couldn’t think of a better city to head to next,” said Stefan Ytterborn, Founder and CEO of CAKE.

Paris bans cars
Paris is targeting a late 2023 introduction of legislation, effectively limiting the movement of cars in its city center. CAKE electric mopeds and motorcycles will be exempt from the ban that is expected to remove approximately 100,000 cars from the streets each day. Additionally, two-wheelers using combustion engines will by September 1st be subject to parking fees, while electric alternatives continue to enjoy free parking on Paris streets.

“Paris is leading the way and this is an opportunity for both companies and citizens to embrace a very promising future. Fewer cars and trucks equal less congestion, enabling smoother last-mile delivery chains and cleaner, more liveable cities. Clean, silent, and efficient transportation is our entire reason to exist as a company, so we applaud this exciting development,” added Dominique Dutronc, General Sales Manager France, CAKE.

The CAKE Pop Up Store Paris is now open and is located on 55 rue Notre Dame de Nazareth.