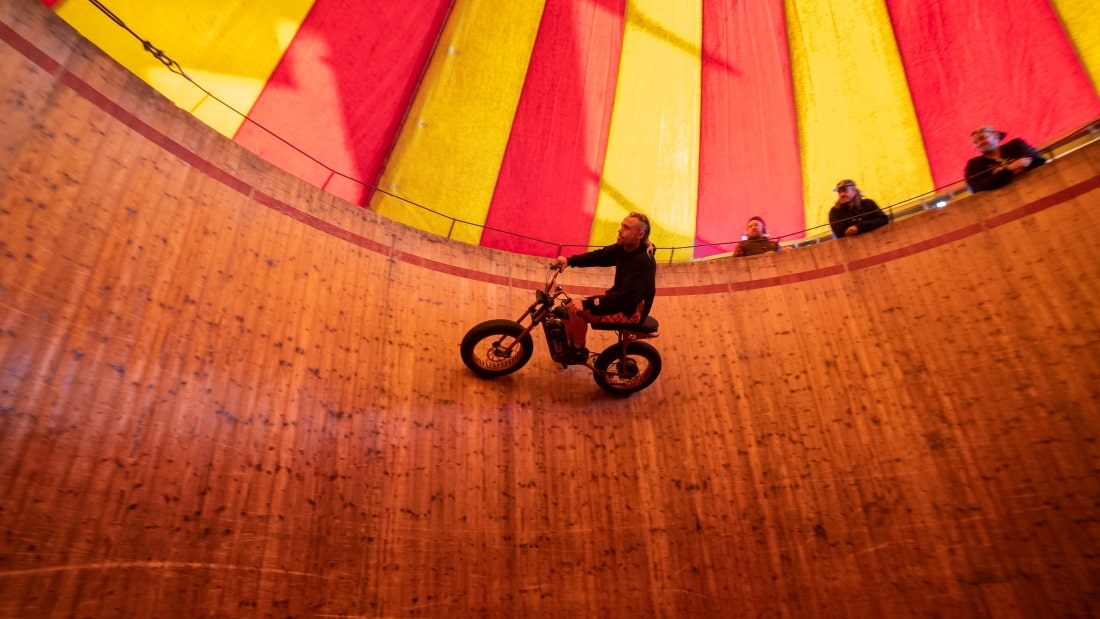 The origins of the wall of death lay among the carnivals and fairs of the early 20th century. This newfound phenomenon amazed crowds of all ages, hitting its peak popularity before the 1950s. With walls popping up everywhere from Coney Island to Blackpool, this death-defying stunt inspired a generation of riders. The roar of bikes like Indian Motorcycle’s 1923 Scout became commonplace within these towering cauldrons of noise. In recent years it has become something of an anomaly, lost to the annals of time, slipping through the cracks and crevasses of a world so ready to forget the past. But there are still those few who march to the beat of their own drum and move proudly against the mainstream.

After a visit to a wall of death and a chance encounter, an unlikely relationship formed at Wheels and Waves, Biarritz 2022. Marvin Prinssen, affectionately known as Marvellous Marv, is a Dutch wall of death rider and one of the heads behind The Lucky Daredevils. He’s a rugged eccentric with a patchwork of tattoos and an infectious smile. He seems totally relaxed as his bleached blonde mullet billows in the wind as he cruises effortlessly along the wall. His motley crew has been stunning crowds across the globe for years.

After a brief discussion on how a SUPER73 would fare if put to the test on the wall, we decided to let Marv do what he does best. Take a look at how it ended up here.

We decided to create an electric bike that is custom-made for the wall of death in every way. One that Marvin and his crew could incorporate into their shows. The spokes were reinforced and strengthened while a rigid front fork keeps the bike sturdy when battling against the intense g-force. An extended seat upholstered with anti-slip material helps keep the riders stuck to the bike. The bike was changed to single speed and a throttle added to allow the riders to get up to top speed as quickly as possible. The goal here was to create something that would not only catch your eye but be able to take whatever the wall could throw at it. A stark copper paint job gives the frame that SUPER73 pop while the relocation of the battery keeps it safe from any spills amongst the tHrills.