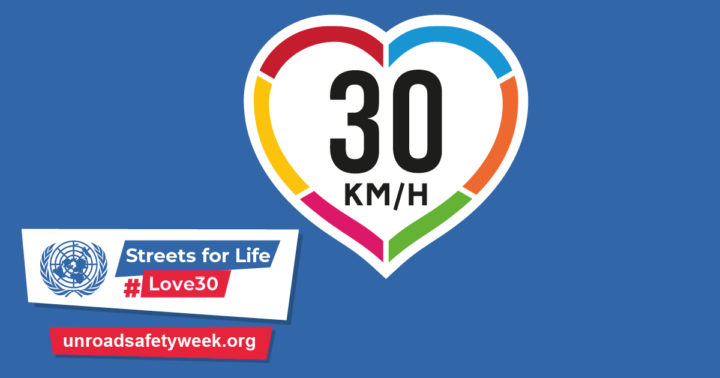 Source: ETSC, May – 30 km/h is the default speed limit on single-lane urban roads in Spain since 11 May, the culmination of a policy announced in changes to the Spanish general road law as far back as  2014.

In 2019, official figures showed that, for the first time, the number of vulnerable road users killed on Spanish roads exceeded those killed in vehicles.  The push to finally implement the lower speed limits in urban areas was partly influenced by those data.

Collisions between vehicles and pedestrians at 30 km/h are far less lethal than those at 50 km/h, the former maximum limit. Recent trends of increased walking and cycling, accelerated by the Covid-19 pandemic, mean more road vulnerable road users will benefit from the lower vehicle speed.

A survey published by El Pais found that, for the most part, Spain’s largest cities were in compliance with the deadline for implementing the lower limits. Many already had large numbers of roads set at 30 km/h.  Bilbao, winner of the EU urban road safety award last month, recently went even further than the new national standard, setting 30 km/h as the limit on all roads in the city centre, including dual carriage ways.

There were calls for 30 km/h limits to be applied in other cities across Europe and around the world earlier this month as part of the 6th UN Global Road Safety Week.