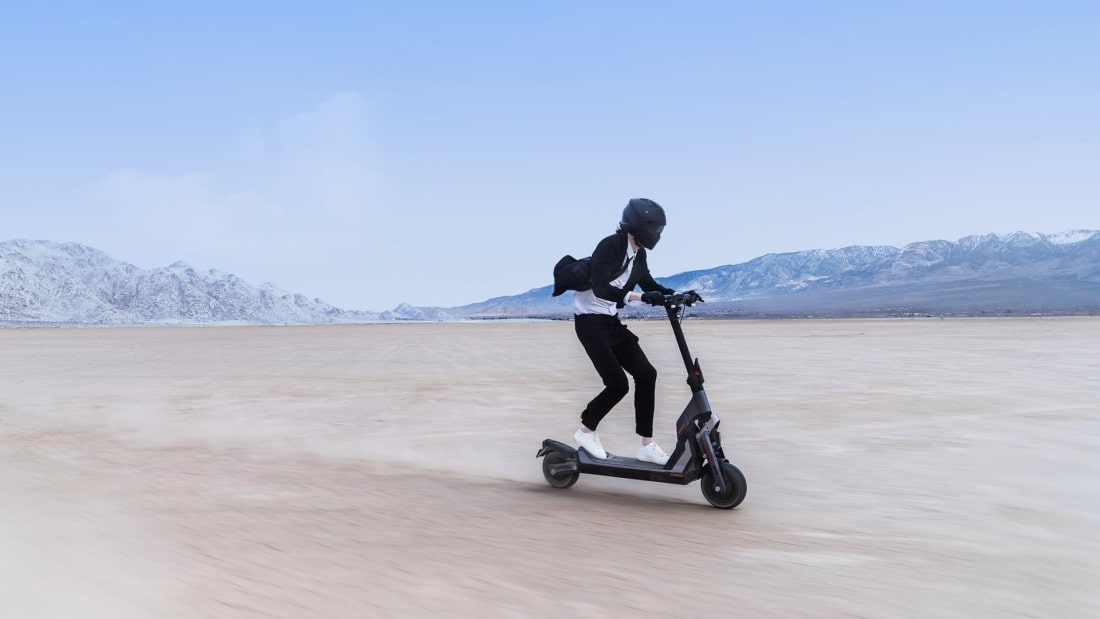 Segway Ninebot levels up with its new Premium products/kickscooter range, introducing its most powerful and techy products yet

Segway-Ninebot continues to lead the way in the electric KickScooter market. Responding to ever-changing consumer needs, it is extending its already extensive portfolio. Introducing smarter features, wider ranges, sleeker design and a whole scope of new technologies that haven’t yet been seen in Segway-Ninebot products, it continues its dominant advantage in this area. The launch includes the exciting new Ninebot KickScooter D series, a sequel to the ZING series and two premium Segway KickScooter lines: the P series and GT series.

The new Ninebot D series has three models tailor-made for differing customer needs. The D18E, D28E and D38E, in which the number refers to the range of each model and differs by the power, climbing ability, battery capacity and charging time. The Ninebot D series are the most affordable adult KickScooter from Segway-Ninebot up to now! In the same colour scheme as the Ninebot D series, fresh red and black, we also have a kid version: the Ninebot ZING C15E, a new electric KickScooter, especially for youngsters.

The Segway KickScooter P65 is the new standard for commuting. It has a range of up to 65 kilometres and specially designed 10.5-inch SegPower CrossSeason Tyres, which means anti-slip and better grip, whatever the weather conditions are. Also, two kinds of braking systems, a disc brake on the front wheel and an electronic brake on the rear wheel, and rear-wheel drive for an even better driving experience. It also includes a whole bunch of smart features. Like the NFC technology, which among other things, allows you to lock/unlock your KickScooter with your smartphone, as well as a built-in power supply to ensure that your smartphone is always fully charged. Models in some countries also include built-in front and rear indicators for even safer commuting.

The Segway KickScooter P100S has an impressive range of up to 100 km with one single charge. It also boasts 10.5-inch anti-slip and self-healing SegPower CrossSeason Tyres thanks to the jelly layer inside the tyres, decreasing the risk of puncture. In addition, the front and rear dual-arm suspension, as well as three braking systems (front-wheel: disc/rear wheel: disc and electronic), will give consumers a smoother and safer ride. All of the smart features like NFC technology, built-in indicators and much more combine to create a superior ride experience. Both P65 and P100S have upgraded designs with higher stem, wider handlebars, and larger footboards, bringing a safer and ultimate riding experience.

The Segway KickScooter GT1E takes kick scooter riding to the next level. In some countries, it is a street-legal all terrains model, with a top speed of 25 km/h and a range of 70 km. Along with a payload of 150 kg and rear-wheel drive for a superior experience. On top of all that: a pair of front/rear hydraulic disc brakes plus 15-levels damper adjustable suspension, give you a comfortable riding experience. Also GT1 in use of 11-inch large tubeless pneumatic self-healing tyres, dramatically reducing the risk of punctures. It also features built-in indicators and a 9 W headlight. Last but not least, unique to the GT1E, it uses a cool full-colour LED dashboard.

Quite simply, the Segway KickScooter GT2 is the most powerful and advanced KickScooter ever launched, with a range of up to 90 km. It’s the best all-terrain KickScooter thanks to its double-wishbone structure, and front/rear 15-levels damper adjustable suspension. Dual motors allow for more athletic handling, a surge of power and adrenaline. More excitingly, the GT2 engineered a unique BOOST MODE, Zero to 48 km/h in 4 seconds and a top speed of 70 km/h for use on private tracks. Finally, it offers built-in indicators, and the world’s first transparent PM OLED dashboard on a KickScooter, which means that your vision can still on the ground through the screen.

A new special accessory to complete your KickScooter

On top of that, we are introducing a very special indicator accessory with a wireless unique design to increase your safety on the road. The indicators can be placed on both the front and rear of the KickScooter and are compatible with most of the Segway-Ninebot range of KickScooters available on the market. Perfect for additional traffic safety when using a KickScooter on public roads where allowed.

Segway-Ninebot offers four kinds of smart eScooters and eMopeds in the L1e category in a few European countries with great success since March 2021. We will be starting sales in more European countries within the first half of 2022 as part of our ambitious European expansion plan. In addition, we will be launching a new model in the L3e category in the second half of this year, with even more smart features, providing a user experience second to none. For further information, stay tuned!

Important dates in the Segway-Ninebot calendar

In Q2, the Ninebot KickScooter D series will be available for pre-order on the webshop as early as March in selected countries, with an in-store release early in the quarter. Q2 will also see the release of our first GT model, the Segway KickScooter GT1E. The P65 and GT2 will subsequently be released in early Q3, with the final P100S model being released in Q4.

Product specifications, prices and retail availability of the products in the European market may differ slightly by country.

With the mission of “simplifying the movement of people and things, making life more convenient and interesting”, the global tech company Segway-Ninebot has been deeply involved in the field of service robots and intelligent short-term transportation. With world-renowned intellectual property, Segway-Ninebot continuously develops and improves its products in order to respond to new micro-mobility solutions in big cities around the globe. For more information, please visit www.segway.com