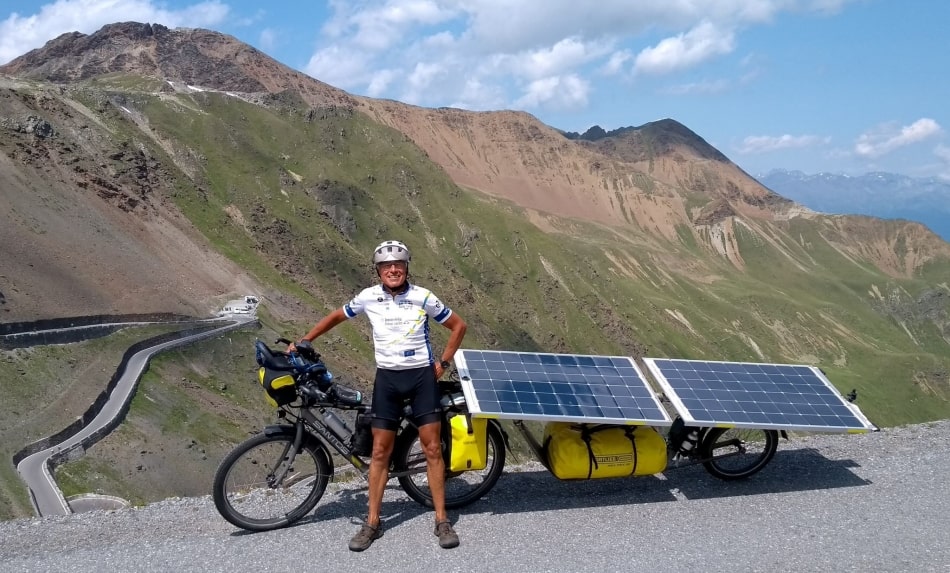 Santos Rider Dirk Huyghe and his Travelmaster 3+ did it again! They successfully completed this year’s edition of The Sun Trip, an international rally for solar bikes. An impressive 11.400 km, through more than 20 countries, with an average speed of almost 160 km a day.

The organizers crowned Dirk the undisputed king as he is the only one who not only competed but also completed all four editions. In 2013, 2015, 2018 and 2021. This time he came in 6th, in 72 days and 1 hour.
There were 37 participants at the start in Brussels. However, only 10 made it to the finish. The others succumbed to physical and technical problems. Dirk called in at all 5 checkpoints: Riga in Latvia, Constanta in Romania, the Stelvio Pass (2757 m.) in Italy, the Pico Veleta (3398 m) in Spain and Porto in Portugal before arriving at the finish in Lyon.

Dirk didn’t just put himself to the test but also his Santos. Many thanks for doing it so successfully, Dirk. Let’s go for the 5th edition?