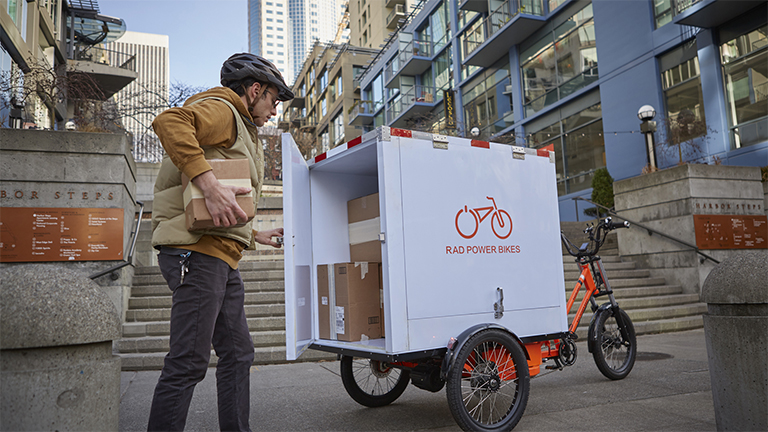 For some time already, the Netherlands have been developing a new legal framework for light, electric vehicles, knows as the LEV-framework. This will include Dutch technical requirements for electric cargocycles with pedal assistance up to 25 km/h and 250W, for e-scooters and self-balancing vehicles with handlebars. The Dutch government has already organised numerous consultations and studies on this issue, but consistently ignores entering into direct dialogue with the manufacturers, distributors and users of these vehicles.

Recently, another such consultation was concluded. In the process, the government is twisting itself into peculiar legal corners to get the LEV-framework incorporated into law. In a response to the consultation, LEVA-EU again fundamentally questioned the legality of the Dutch plan.

The Dutch LEV-framework was launched as a direct response to the fatal Stint accident in 2018. What is peculiar about this is that the framework is meant for vehicles that have no relation with the Stint. Moreover, no cause could ever be established for the accident. This raises the question as to what problems this LEV-framework is meant to solve and whether it is an effective solutions to those unknown problems. Of course, the LEV-framework has to show that the political response to the Stint accident is decisive, whilst the electric cargocycles, e-scooters and self-balancing vehicles without steering are paying the price.

In the latest consultation, the Dutch government presented its concrete plans to adapt the regulations for the integration of the new LEV framework. In doing so, the government is making some particularly peculiar bucks. The Dutch regulations currently stipulate that vehicles may only enter the market or trade if they have been approved to do so. That approval may be based on European type-approval or on a national type-approval among other things.

Breach of own law!

Electric (cargo) cycles 25km/h – 250W, e-scooters and self-balancing vehicles are excluded from European type-approval by Article 2.2 of Regulation 168/2013. This makes them subject to the Machinery Directive, which stipulates with Art. 6.1: “Member States shall not prohibit, restrict or impede placing on the market and/or putting into service in their territory of machinery which complies with this Directive.” Seemingly based on this article, the Netherlands has stipulated in Art. 3.10.1(d) of the Vehicles Regulation that vehicles referred to in Article 2(2) of Regulation (EU) 168/2013 are not subject to any approval. And so, over the past few years, millions of pedal-assisted cycles up to 25 km/h and 250W have been allowed on Dutch roads without approval. Quite rightly so, because there are no structural safety problems with these vehicles. All other EU member states do exactly the same and everywhere the framework of the Machinery Directive, supplemented by the EN 15194 standard appears to be sufficient to guarantee safe vehicles. However, the Netherlands does one thing for electric bikes, but something completely different for scooters and self-balancing vehicles. These are not allowed on public roads today, unless they obtain special Dutch approval to do so. Worse, self-balancing vehicles without steering are banned altogether. Conclusion: the Netherlands is currently violating its own legislation!

In order to subject e-scooters and self-balancing vehicles to approval, the Dutch government is performing a most peculiar trick. The aforementioned Art. 3.10.1(d) of the Vehicles Regulation will be amended in such a way that no longer all vehicles under Art. 2.2 of Regulation 168/2013 will be excluded from approval, but only those under points b, d, e, f, g and h. Thus, vehicles under (i) self-balancing vehicles and under (j) vehicles without a saddle will come under the obligation of approval by means of a national type-approval.

The same trick cannot, of course, be applied to electric cargocycles. Those fall under point (h) of Art. 2.2 of Regulation 168/2013. But that point also covers two-wheeled e-bikes 25 km/h – 250W. In the consultation, the Dutch government made no mention of how they will get round the legal exemption of cargocycles from the approval to subsequently introduce an approval requirement for these vehicles. Moreover, by introducing specific, technical rules for e-cargocycles, the Netherlands completely ignores the fact that European standards for these vehicles are currently being developed within CEN TC333 – WG9. Even more peculiar in the knowledge that the secretariat of WG9 is observed by the Dutch standardization institute NEN. Seems a woeful waste of Dutch taxpayers’ money.

The technical rules for national approval have been developed by RDW, the public authority responsible for vehicle registration. RDW also acts as a type-approval service. Allowing RDW to both deciding on the rules and checking compliance makes them both judge and jury, not quite a democratic solution. LEVA-EU also questions whether it is in line with Dutch and/or EU competition rules to give RDW a monopoly on approving the vehicles.

In its response to the consultation, LEVA-EU has urged the Dutch government to verify the legality of this proposal with the European Commission. LEVA-EU also asks to clarify the legal basis for a treatment of e-cargocycles, which is completely different from other electric bikes excluded from Regulation 168/2013 following Art. 2.2. Finally, LEVA-EU also considers it necessary to review RDW’s future monopoly on checking and granting approval for legality with NMA and DG Comp.

To be continued, no doubt.

The LEVA-EU response to the Dutch consultation is here: https://bit.ly/3H4941i (Dutch only)