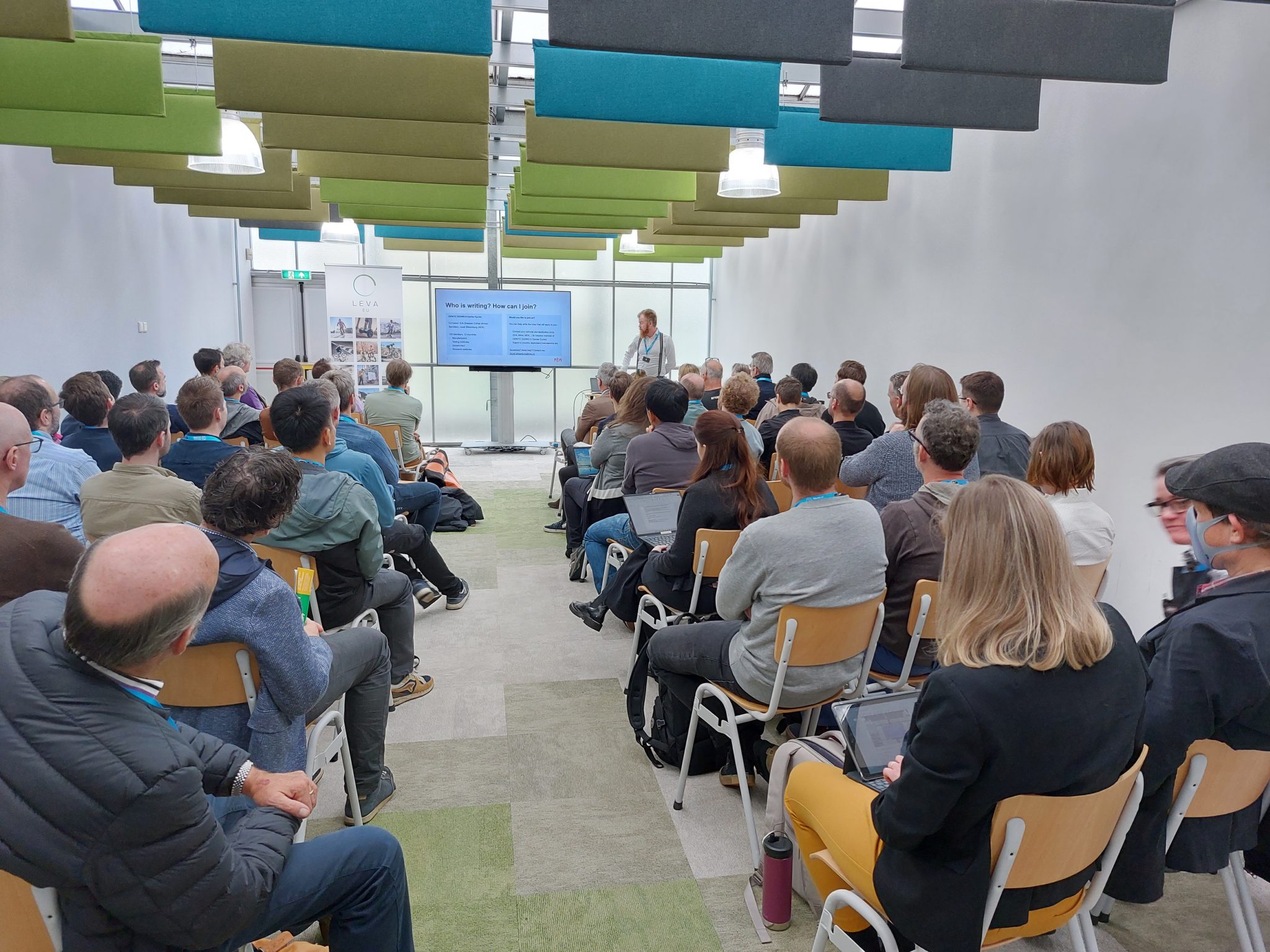 Break-out room 1 was completely packed with very interested participants who asked a lot of questions. LEVA-EU Manager, Annick Roetynck, opened the session with an overview of the general EU legislative framework for e-cargocycles. Joost Witsenburg, (NEN) presented an overview of the ongoing standaridization work for (e)cargocycles in working group 9 of CEN TC 333, of which he is the secretary. Next, LEVA-EU Technical Director, Bram Rotthier presented the DLR study on the emission saving potential of light, electric vehicles, including electric e-cargocycles. Finally, Annick Roetynck concluded the session with an update on the legal status of Series Hybrid systems.

The presentations may be obtained free of charge by sending an email to annick@leva-eu.com.

The International Cargo Bike Festival, including the LEVA-EU session were part of the World of eMobility (WOE), which was announced as a meeting place for alle stakeholders in the eMobility industry. According to Nieuwsfiets.nu, the World of E-Mobility deserves a chance. Compared to last year, the mobility fair has made some serious progress and organiser Rick van Rijthoven has managed to get a nice delegation from the e-(cargo)cycle and light electric vehicle (LEV) industry on board.

The automotive sector and the LEV industry have been growing closer in recent years, especially since the electrification of vehicles is gaining momentum. Van Rijthoven is adequately responding to this development with the set-up of World of E-Mobility. A year ago, the business fair took a false start, partly caused by Corona. Attendance was low and shortly before the fair, a number of exhibitors dropped out. In the run-up to the second edition, the organiser promoted the event relentlessly, especially through LinkedIn. He rigged up a broad programme of lectures and presentations and integrated the International Cargo Bike Festival into his fair. The efforts resulted in an event that grew both in size and number of exhibitors.

Among LEV-exhibitors at World of E-Mobility positivity prevailed and they felt that Van Rijthoven’s initiative deserves a chance. The fair offered a wide variety of electric vehicles, ranging from e-cycles to agricultural vehicles and everything in between. That wide range of offerings meant that visitors were also from very diverse backgrounds. The fair has widely varying starting points and, as a result, exhibitors also got visitors to their stands who were less relevant to them. On the other hand, they could come into contact with interesting visitors they would never have met otherwise. “It is a fair that cannot be compared to any other and so it takes some getting used to. We will now take stock of the results for our company, which will determine whether we will come back next year. Of course, this fair has room for improvement, but it is a new initiative that deserves a serious chance,” said one of the exhibitors from the e-cycle industry, therewith expressing the opinion of many other participants.