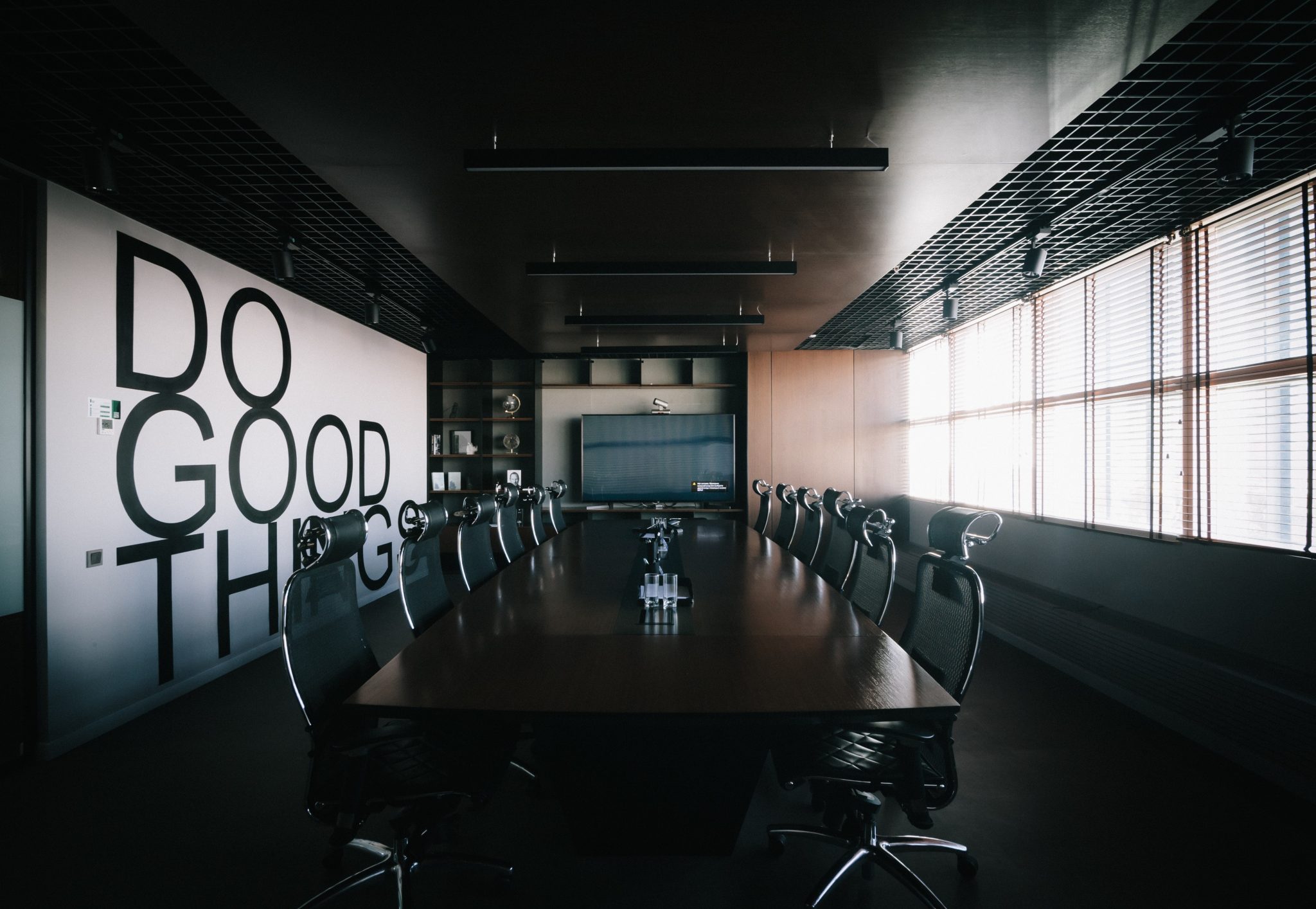 Last week, LEVA-EU has organised 5 very-well attended on-line meetings for the light, electric vehicle business on the review of the type-approval. The objective of these meetings was to provide the businesses with a better insight into the issue at stake, to allow them to provide TRL with relevant input for the ongoing research. The massive interest showed a great need for clarification.

Around 230 participants registered for last week’s LEVA-EU information meetings. The largest audiences were for the meeting on e-bikes/speed pedelecs and the one on electric cargo-bikes. Next to these two, LEVA-EU also held meetings on PLEVs (e-scooters, self balancing vehicles, etc.) and on vehicles with 3 and 4 wheels. In these meetings, LEVA-EU unfolded its proposal for a structural improvement of the rules for the benefit of light, electric vehicles.

At the same time, some bicycle associations were calling for the main focus in this review to be on preserving the legal status of conventional electric bicycles. Unfortunately, that is not the question. There is in fact no issue with conventional e-bikes. The current legal framework proves to be solid since it has allowed for millions of e-bikes to come on the market without any major and/or structural problems. The question is what to do about all those vehicles, which suffer from severe legal bottlenecks resulting from Regulation 168/2013. To quote just two examples.

Bicycles with an electric motor that can propel the vehicle without pedalling come under type-approval as L1e-A. If this e-bike weighs 25 kg and has a rider of 70 kg, at a speed of 25 km/h and 500 W power, it produces 2.29 KJ. That is exactly the same amount of kinetic energy as an e-bike 250W, 25 kg, with a 70 kg rider at 25 km/h with pedal assistance only. In other words, weight and speed are relevant, maximum continuous power and technology (i.e. pedal assistance or throttle) are irrelevant. And yet, the two vehicles are subject to completely different rules. The net result is that there are hardly any L1e-A vehicles on the market, whilst e-bikes excluded from type-approval have been a commercial success for many years.

There is no well-founded argument for these two different legal frameworks; on the contrary. The “discrimination” of e-bikes in L1e-A denies certain user groups access to this sustainable mobility solution. For example, many people with physical problems are unable to use e-bikes with pedal assistance alone, because they don’t know for how long and how far they will be able to pedal. To them an electric bike that for instance combines pedal assistance with a throttle would be a solution. However, due to type-approval that e-bike will be more expensive than its conventional counterpart, if it were on the market at all. Furthermore, in most member states these e-bikes will be subject to completely different terms of use.

Another example: it is perfectly possible to produce an electric cargo-bike with a maximum speed of 25 km/h and a maximum continuous rated power of, let’s say, 750W, which is not subject to type-approval. There is only one condition: the R-point of its seat must be 540 mm or less. The vehicle in that case must comply with Machinery, EMC and RoHS Directive. The only (major) problem however is that the producer will be completely in the dark as to the terms of use in the different member states. If that same cargo-bike has a seat with R-point above 540 mm, it comes under L1e-A and must be type-approved. If it has 250W and pedal assistance only, it is, again excluded from type-approval and given the same status as a conventional (e)bike. There is no logic to this, these 3 electric cargo-bikes produce the same kinetic energy and are yet subject to three different sets of rules. The origin of this anomaly is the fact that the R-point rules have not been written for electric cargo-bikes but for pocket bikes, to ensure that these were excluded from type-approval. Nobody at the time realised that the rule was going to have a major consequence for electric cargo bikes and for recumbent bikes.

That is exactly the main issue of the current type-approval as laid down in Regulation 168/2013. The rules have not been written with light, electric vehicles in mind; they have been written for conventional mopeds and motorcycles. In view of the growing offer of light, electric vehicles, the rules need urgent updating to remove the legal bottlenecks.

Only one exclusion in Regulation 168/2013 has been written specifically for electric bicycles, i.e. exclusion (h)  “pedal cycles with pedal assistance which are equipped with an auxiliary electric motor having a maximum continuous rated power of less than or equal to 250 W, where the output of the motor is cut off when the cyclist stops pedalling and is otherwise progressively reduced and finally cut off before the vehicle speed reaches 25 km/h;“

This exclusion was copied from the Directive 2002/24 when Parliament and Council ignored for the first time a request from the then trade associations, COLIPED (now part of CONEBI) and ETRA (disbanded) to exclude electric bicycles without any technical specifications. The argument was that exclusion would allow CEN to develop a standard and the CEN experts were qualified to decide on necessary specifications. The specifications of pedal assistance up to 25 km/h and 250 W, as supported by Parliament and Council, were not based on any thorough research. They were simply derived from the most successful electric bike at the time, the Yamaha Pas. More than 20 years later, the light electric vehicle industry suffers ever more from this unfounded decision.

In the information meetings of last week, LEVA-EU provided the audience with the history of current regulations, as well as with clarifications on the consequences of being in or out of the type-approval. With that, LEVA-EU also presented its proposal for the removal of the current legal bottlenecks. LEVA-EU has already proposed this plan at the 365SNEL Symposium in February, which was attended by the Commission and by TRL.

First, LEVA-EU proposes to introduce the concept of Zero Emission Vehicles (ZEV). That would allow for a distinction between Internal Combustion Engine (ICE) vehicles and vehicles that produce no emissions. This is necessary because the current type-approval for L-category vehicles consists of 1,036 pages, many of which are dedicated to emissions and noise, two elements which are irrelevant for ZEVs. As a result, it is exceedingly difficult for ZEV-producers to figure out which of those 1,036 pages are relevant for their vehicles.

Secondly, LEVA-EU proposes to exclude all low speed ZEVs from Regulation 168/2013. What that speed limit for exclusion should be, must be discussed with the industry. Exclusions are currently at 25 km/h, but one could, for instance, consider a 30 km/h speed limit in line with what is now generally introduced in urban areas. That would allow slow speed ZEVs to go with the flow of urban mobility. Following their exclusion, they would automatically come under the Machinery, RoHS and EMC Directive. Furthermore, this would allow CEN to develop new standards or to adapt existing standards. There are currently already standards available for electric bicycles, electric mountain bikes and PLEVs. CEN has created a working group for cargo-bikes, while for other vehicles such as for instance vehicles with 3 and 4-wheels with an auxiliary motor, new work items can be launched.

As for ZEVs with a speed above the limit set for low speed ZEVs, there could be two options that need to be discussed with the industry. Either they too are excluded from the type-approval to come under Machinery Directive, etc. Or a specific type-approval for this ZEVs should be developed, which is independent of Regulation 168/2013.

In the next few weeks and months, in cooperation with its members, LEVA-EU is going to intensify its campaign for the proposed changes. In the run-up to Regulation 168/2013 it was pointed out that inclusion of electric bikes in the type-approval would result in their categorisation in national traffic codes as mopeds, with motorcycle helmets, number plates, driving licenses, etc. The Commission then replied that their department was only responsible for technical regulations not for terms of use. The future now looks more hopeful since the Commissions’ review is not only an issue for the Automotive and Mobility Industries Unit in DG Grow. The issue is also followed up by DG Move with respect to the terms of use, which remain a national competence. The DG Grow Unit responsible for the Machinery Directive is also involved. This offers the prospect of a more integrated approach then when Regulation 168/2013 was drafted.

If you want to receive the presentation/recording of one or more of these meetings, please send a mail to daan@leva-eu.com, with your personal and company details and the meetings you are interested.

Photo by Damir Kopezhanov on Unsplash