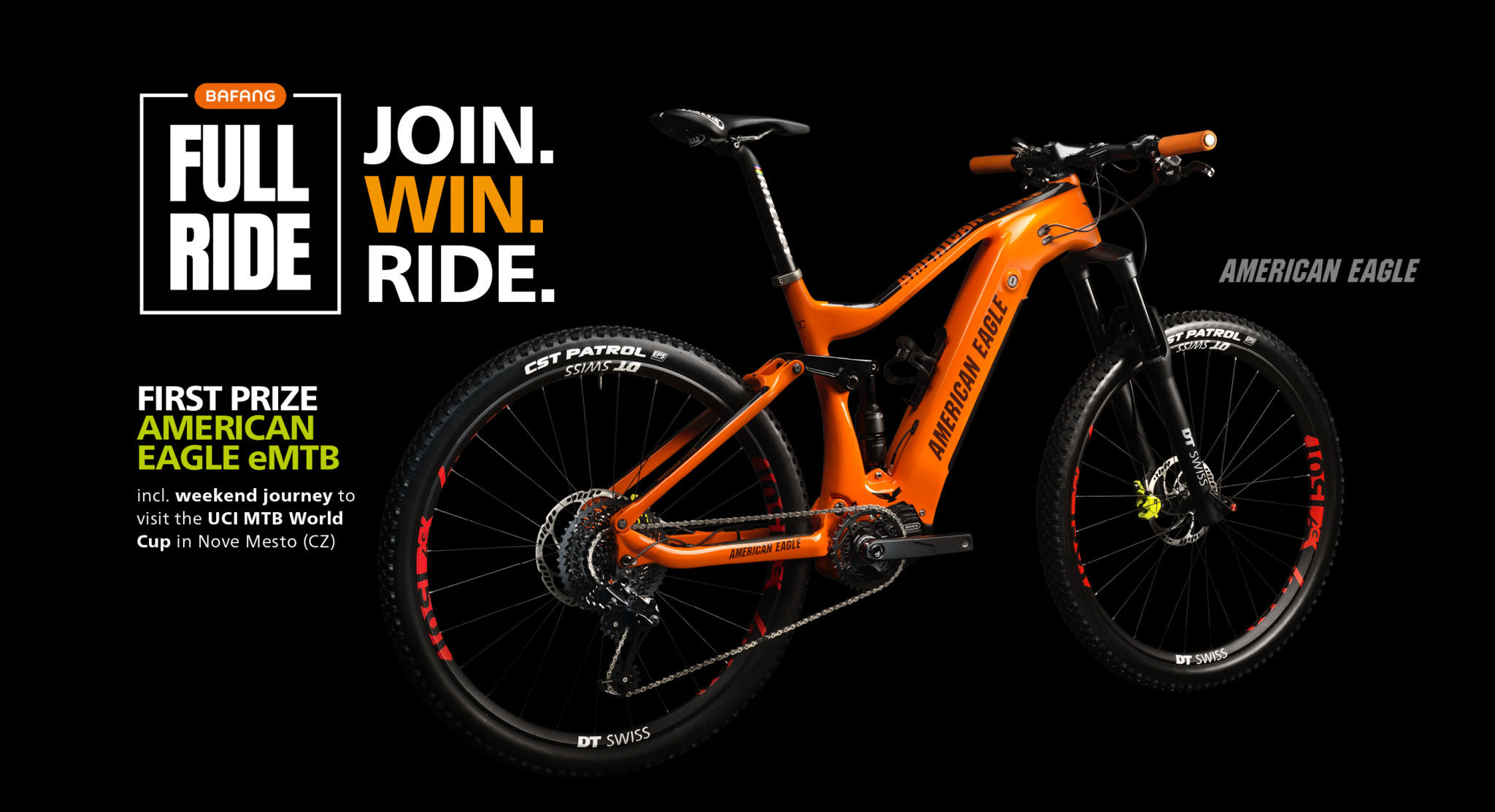 This Summer BAFANG has launched its biggest ever giveaway! The e-mobility systems and components brand is giving ebike lovers around the world the chance to get their hands on their very own American Eagle team eMTB, powered by the BAFANG M500 system PLUS a trip to the UCI MTB World Cup in Nove Mesto na Morave to be presented with the bike!

BAFANG has teamed up with American Eagle and the Brentjens Mountainbike Racing Team for this unmissable prize. The Full Ride comes in the form of a custom built eMTB exactly like the team bike, powered by BAFANG’s sporty M500 drive, and kitted out with a dual suspension carbon frame.

Not only that, BAFANG will fly the winner out to a prize giving event at the UCI MTB World Cup in Nove Mesto na Morave, with the flights, event ticket, hotel and airport transfer all provided by BAFANG.

For all the runners up, BAFANG are giving away a generous 50 branded cycling jersey and bib shorts for silver prize winners, and 100 BAFANG t-shirts for all the bronze winners.

To be in with a chance of winning, entrants simply need to head to https://www.bafang-e.com/win complete the form, and describe in 25 words or less “How would BAFANG power your life?”

Don’t miss out on this incredible prize! Head to the website to enter today.

There is no purchase necessary for the competition, and the minimum entry age is 18. The Gold Prize winner should ensure that they have a valid passport for international travel, are fully insured for the trip, and are not prohibited from travel to the Czech Republic for any reason. The Silver and Bronze Prize winners will receive their prizes by mail and will need to supply their full address to receive their prizes.