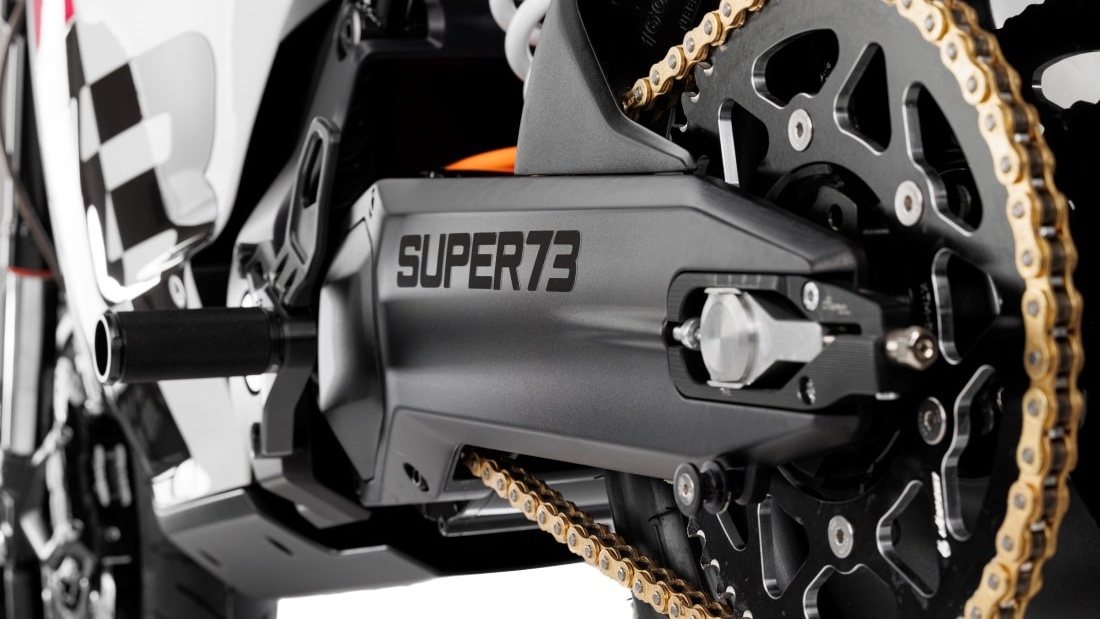 Introducing the SUPER73® C1X Concept: shifting the boundary between e-bike and motorbike

Since its inception, California-based SUPER73® has challenged the conventions within the emerging e-bike community and helped expand the perception of personal transportation. The founders never wanted to limit their horizons, establishing the company as an American lifestyle adventure brand specializing in electric motorbikes. And with this mindset, a range of increasingly sophisticated electric motorbikes have emerged from the SUPER73 headquarters in Irvine, CA. Each new model brought a stepped improvement in terms of technology and rider enjoyment, and 2022 will herald a new chapter in the fast-paced SUPER73 story.

With all this great news, the headliner is undoubtedly the innovative SUPER73-C1X Concept. Designed to reformat and redefine the line between e-bike and motorcycle conventions. The C1X is a street-legal concept that will provide a “step-up” vehicle from the current SUPER73 offerings, elevating adventure by dramatically reducing both size and weight while achieving motorcycle performance.

Development of the C1X is the direct result of feedback from existing SUPER73 riders, 33% of whom expressed interest in graduating to a street-legal motorcycle. The radical C1X Concept represents a significant leap forward in the company’s development program to enable its worldwide band of loyal followers to make a logical transition from the existing SUPER73-RX flagship model.

With a targeted top speed of more than 120kmph, the production version of the C1X will require a rider to possess a motorcycle endorsement to their driver’s license, vehicle registration, and full insurance. However, its 31” seat height and minimal footprint make it highly maneuverable and lightweight.

The SUPER73 design team began its research by studying the current crop of production motorcycles and addressing what prevented them from being accessible to core SUPER73 customers. Among its priorities was a reduction in the overall footprint of a typical motorcycle. This was accomplished with the introduction of 15” wheels versus the 17” motorcycle counterparts. The team also took a revolutionary approach to mounting the motor rearward of the swingarm pivot point. This innovative architecture permitted an ultra-agile 51” wheelbase and removed the chain slack issues experienced with conventional motorcycles. Further enhancing the Concept’s agility is a mass-centralized chassis/battery configuration, the precise specification of which will remain under wraps until further testing is completed. Needless to say, SUPER73 is excited by the innovation that has spearheaded the entire program.

Being born in Southern California, the SUPER73-C1X Concept explores utilization by urban commuters and adventure seekers alike. To this end, it will introduce a fast-charging solution that will enable an 80% charge in less than an hour, providing a city range of approximately 160 kilometers*. The Concept will also have a top speed in excess of 12kmph, allowing it to bridge the gap between urban exploration and highway connectivity. And with two wheels and its small footprint, C1X leaves the headache of parking to others.

While the C1X design program began in early 2021, it will be a moment before the public can purchase the first production units. Development is well underway and targets are being achieved, which means SUPER73 should be able to accept reservations for the C1X this year for a late 2023 production date.