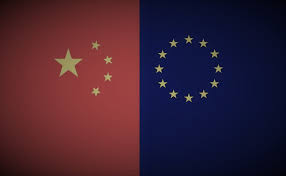 Final phase of case against import e-bikes China: measures will be for the few, not the many

The case against imports of e-bikes from China is in its final phase. In November, the Commission has published their General Disclosure Documents, through which they propose up to 79.3% duties on electric bicycles. These proposals have to be approved by Trade Commissioner Malmström and by the Trade Defence Instruments Committee, which brings together representatives from the 28 member states. The final decision is expected somewhere in January. The Collective of European Importers of Electric Bicycles, assisted by LEVA-EU is currently still talking to various parties about the inconsistencies and the injustice of this case.

This is not a case of Europe against China but a case of a small group of so-called EU producers (the Commission identified 31 companies) against an estimated 150 importers. It is still unknown who these 31 companies are, just as it is unknown which companies have filed the complaint. The Commission has now agreed to communicate their identities. In any case, both “manufacturers” and “importers” buy components from the same suppliers in the same countries, very often China. The only difference is that “manufacturers” assemble these components in Europe, whilst “importers” assemble in China. The price of assembly, irrespective whether in Europe or in China, is around € 25 to € 35. It is preposterous for the EBMA to claim that pushing this assembly from China to Europe will immediately create 4,600 new jobs. EBMA knows very well that not all assembly will come to Europe but will move to other countries outside Europe. To shout about 4,600 new jobs is all the more preposterous because EBMA deliberately conceals the jobs in Europe that will be destroyed as a result of potential measures.

This is not a case of dumping because the Commission has totally failed to establish injury to the EU producers, whilst injury is one of the three essential conditions to impose duties. The EU producers are fit and healthy as is proven by the economic performance indicators established by the Commission[i]:

The only extremely weak argument for the Commission to claim injury is the fact that the industry profitability was 3.4% in the investigation period (Sept. ’16 – Sept. ’17), whilst the Commission feels it should be 4.3% as in 2015.

Thus, to crank up the profitability of a small group of EU “manufacturers” with 0.9%, the Commission believes it is necessary to hit an estimated 150 European SME’s with up to 79.3%. They describe this measure as a measure “that could have an adverse effect on small importers”. This statement is baffling since the Commission’s proceedings alone have already damaged these 150 European SME’s with an estimated € 90 to € 100 million.
In May, the Commission accepted EBMA’s request for registration and put forward an estimated injury level of 189%! At that moment, the Commission already had information from the proceeding at their disposal to know that 189% was a gross exaggeration. Registration opened the door for potential retroactive collection. Since this happened right in the middle of the e-bike season, virtually all companies had containers on the water. Should these imports have been hit with 189% retroactive collection most of the importers, if not all, would have gone bankrupt. This forced the SME’s to turn their supply chain upside down overnight. Moving assembly out of China and setting it up elsewhere, moving the component supplies, losing customers, annulling contracts, dismissing staff, increasing prices, … Based on the importers’ injury reports, LEVA-EU calculated total costs involved in all this at € 90 to € 100 million. In October, EBMA withdrew its registration request without any further explanation and in the General Disclosure Documents the Commission announced the end of registration, thus no retro-active collection, again without any further explanation. Many importers experienced this as being treated with contempt.

All EU citizens to pay

The Commission has consistently ignored the importers and their argumentation and on several occasions breached their right to defence. The announcement in the Dumping Disclosure Document that the proposed measures “could have an adverse effect on small importers” is an understatement beyond compare. The proceedings have had a huge adverse effect on all importers, an effect beyond repair. The provisional duties, if collected, will have a further damaging impact on these same importers. Final duties will have an immensely negative effect on the whole European e-bike sector. The offer and competition will shrink, innovation will be hampered, prices will go up and the net result will be a product that is a lot less attractive to the consumer. Instead of switching from unsustainable means of transport to electric bicycles, they will continue to use ICE vehicles. What’s worse however is that dumping duties risk to almost automatically lead to anti-circumvention duties, which will be catastrophic for the whole business.
So ultimately, dumping duties will counteract many other EU policies in the field of sustainable transport, mitigation of climate change, greening the economy, green job creation, public health, … Eventually, all European citizens will pay the bill and what for? For the benefit of a handful of EU companies who are abusing a trade defence instrument to disturb the market and upset competition just because they need a bit more time to get their house in order.

The Collective’s last protest action in this case is an appeal to all companies who are affected and/or opposed to this case, to sign a letter to Commissioner Malmström. Dozens of companies have already responded to the appeal. Companies that still want to sign should do so here, https://bit.ly/2r61mxl, before Tuesday 11 December.

[i] COMMISSION IMPLEMENTING REGULATION (EU) 2018/1012 of 17 July 2018 imposing a provisional anti-dumping duty on imports of electric bicycles originating in the People’s Republic of China and amending Implementing Regulation (EU) 2018/671, pp.17-20