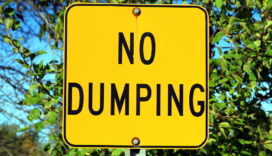 Last week’s General Disclosure Document outlines duties of up to 79.3% ad valorem for e-bikes imported from China. The move will threaten further development of clean mobility, lead to supply shortages and price increases, and destroy the livelihood of
dozens of European importing SMEs.

The Commission’s draft decision (GDD) constitutes the preamble to definitive duties due before the end of the year. LEVA-EU and the Collective of European Importers of Electric Bicycles have systematically decried this unfair and absurd case rigged with several
fundamental inconsistencies:

LEVA-EU Manager Annick Roetynck stated: “We strongly condemn the Commission’s findings. This case was started because EU “manufacturers” are unable to cope with changing distribution patterns and growing competition. They are only looking to close the
market, and the Commission is helping them even though there is no dumping and clearly no injury to European manufacturers. If the Commission goes ahead with the proposed duties, this will exacerbate the damage already done to European importers and mark the
start of dark days for the whole European electric bicycle sector, EU climate targets, and for all EU citizens who are using or intend to use an electric bike.”