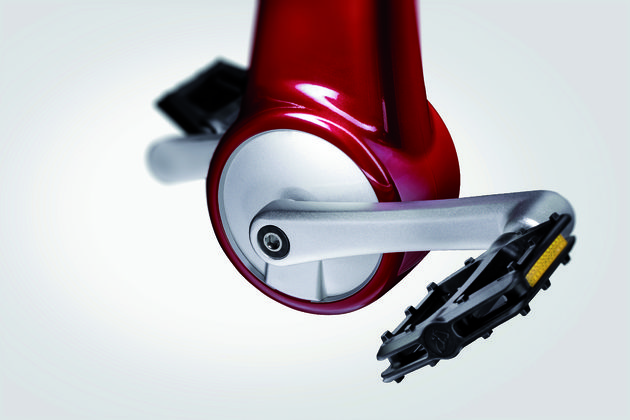 In 2018, several German e-bike dealers received an official warning from Kraftfahrt Bundesambt (KBA), the official German approval authority. If they were to continue selling a specific electric bike without a chain as an EPAC, they could receive a € 5,000 fine. The electric bike concerned differed from other bikes by the absence of a chain. Instead, it had a so-called Series Hybrid (SH) system. It took LEVA-EU and its members almost 5 years of hard work to convince the European Commission and the Members States that Series Hybrid Cycles are EPACs after all.

An EPAC is a pedal assisted cycle with maximum 25 km/h and 250W, excluded from Regulation 168/2013 following Article 2.2(h). A vehicle equipped with a Series Hybrid drive system has no mechanical chain. Instead, energy flows directly from a pedal generator into the motor. According to KBA, such vehicles required type-approval in the L-category. Later, BMVI, the German Transport Ministry came out in support of the KBA-position. The concerned bike was even literally chained up for over a year. However, a few years earlier, the Dutch approval authority, RDW, had issued a formal statement to confirm that they considered a cycle equipped with a Series Hybrid system to be an EPAC, excluded from Regulation 168/2013.

In the meantime, more companies started to develop SH systems and, especially e-cargocycle manufacturers discovered the many advantages of the system for their vehicle. Because the system has fewer mechanical parts, it offers the benefit of less wear and maintenance costs. That in turn allows for reduction of fleet maintenance and service intervals. It also offers more design freedom and a higher potential to customize the digital system to the needs of specific riders, e.g. for elderly and handicapped people, commuters, delivery and courier riders, etc. Finally, the SH-system also allows a reverse function, which is particularly interesting for e-cargocycles or other EPACs with more than 2 wheels.

From its start, LEVA-EU has argued and worked for the removal of legal bottlenecks in technical legislation, which seriously obstruct technological development. LEVA-EU’s position on technical legislation for light electric vehicles is based on the principles of kinetic energy and technology neutrality. LEVA-EU therefore immediately committed to help its members concerned with the SH-issue.

A first meeting with the European Commission in 2018 yielded no result. Nevertheless, LEVA-EU continued to work on the issue. In ISO, CEN and IEC, LEVA-EU experts also actively and consistently worked to ensure for SH systems to be covered by ISO, CEN and IEC-standards.

Towards the end of last year, LEVA-EU requested a new meeting with the Commission. By that time, the trade association for LEV-businesses, had no less than 12 members concerned by Series Hybrid. The uncertainty on the legal status of Series Hybrid, in or out of Regulation 168/2013, was becoming a major stumbling-block for their potential customers and/or investors.

In close cooperation with these 12 members, LEVA-EU explained in detail the technical aspects of the system as well as its market potential to the Commission. Following that consultation, the Commission had a meeting with the EU Member States in the Forum for the Exchange of Information on Enforcement on 17 February. At that meeting, the Commission clarified the following “on the requirements that need to be met by pedal cycles to meet the requirements of Article 2.2(h) of Regulation 168/2013”:

This statement finally puts an end to an agony that has lasted for almost 5 years and to a problem that posed a significant threat to the development and success of electric cycles in general and electric cargocycles in particular. This statement also provides WG9 in CEN TC333 – Cycles, which is in the process of developing standards for e-cargocycles, with a definitive answer as to whether the SH system should be taken into account in future standards or not. And last, but not least, e-cycles equipped with a SH-system enjoy the same status on the road as conventional bicycles in all EU Member States.