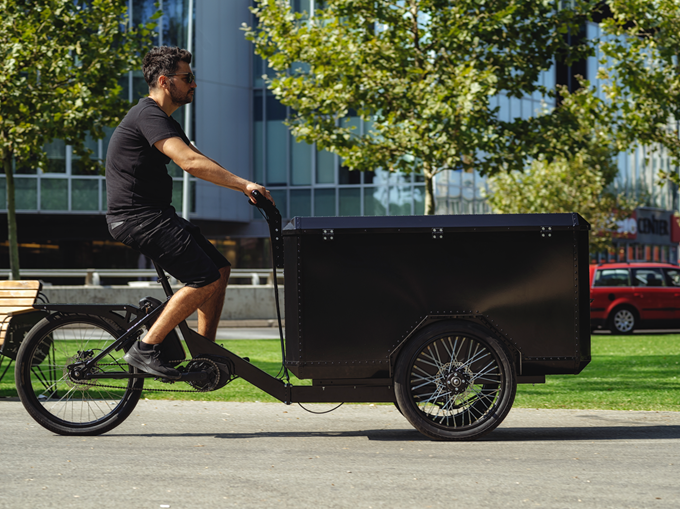 LEVA-EU has consulted with the Dutch Ministry of Infrastructure and Water about their planned LEV framework. A week earlier, LEVA-EU had argued extensively in a position that this proposal contravenes European law. The Ministry could not really convince LEVA-EU of the contrary. Worse still, the LEV framework appears to be a response to a report that completely misses the point.

The proposal for the so-called Dutch LEV framework includes specific Dutch technical and usage requirements for e-scooters, self-balancing vehicles with handlebars and e-(cargo) cycles. LEVA-EU contests the additional technical requirements, which have nothing to do with road use. These requirements are in addition to the technical requirements that legally result from the European Machinery, EMC and RoHS Directives. The result will be that manufacturers will have to make specifically Dutch vehicles. LEVA-EU argues that this goes against the Machinery Directive, Directive 2015/1535 and against the principles of the single market and the free movement of goods.

The Dutch Ministry stated that the LEV framework is a direct consequence of the report of the Dutch Safety Board after the accident with the Stint in 2018. That accident prompted the Board to investigate “the way in which light motorized vehicles, including the Stint, come on the road”.

It already went completely wrong when the research objective and the research questions were formulated: “The statutory task of the Dutch Safety Board is to find out the (underlying) causes of an accident, so that measures can be taken to prevent these causes from recurring and causing another accident.” Neither the Board nor anyone else has been able to determine the cause of the Stint accident. On 10 July 2020, 8 months after the publication of the Report, the Public Prosecution Service announced that the investigation had been completed and no definitive cause of the accident could be determined.

Nevertheless, the Board based its investigation on the premise that the Stint was technically unsafe and that this unsafety caused the accident. On the other hand, in the report the Board has not provided a well-founded answer to the two research questions that they themselves formulated: “What role does safety play in the admission of light motorized vehicles that do not fall under the European approval procedure?” and “To what extent does that guarantee the safety of these vehicles on public roads?”

In its investigation, the Board overlooked the fact that the safety of light motorized vehicles, which are not covered by Regulation 168/2013, is guaranteed by the Machinery, EMC and RoHS Directives, which list extensive safety requirements. These have been translated into EN 15194 and EN 17128 and are currently also being converted into European standards for electric cargocycles. Consequently, the second research question has been answered completely incorrectly. The Board has assessed the assurance of the safety of the vehicles on the basis of the additional Dutch procedure. The actual safety requirements that apply in all European member states have been left aside in the assessment. And so it happened that in their recommendations the Board clearly demonstrated their lack of knowledge of relevant European legislation. The first recommendation is: “Perform an integral risk assessment on the different types of light motor vehicles.” Let that risk assessment be one of the central requirements of the Machinery Directive.

In the report, the Board systematically ignores European legislation. On page 21 they write: “A vehicle is illegal on the road if it has not been allowed on the road through an approval procedure and does not fall into a category exempt from approval.” All light motorized vehicles that the Board is targeting are exempt from approval: e-(cargo)cycles according to Article 2.2.h in Regulation 168/2013, e-scooters and electric skateboards according to Article 2.2.j, self-balancing vehicles with or without steering wheel according to Article 2.2.i. Article 6.1 of the Machinery Directive states: “Member States shall not prohibit, restrict or impede the placing on the market and/or putting into service in their territory of machinery which complies with this Directive.” We believe that the Dutch approval procedure is in breach of this article.

The Board came to the devastating conclusion that the Dutch government had been far too lax in approving and admitting vehicles such as the Stint. That conclusion was not based on the finding of objective and structural safety deficiencies in the vehicle concerned. The Board also failed to reveal a causal link between the accident and their conclusions. What’s worse, the Board also identified safety problems in, among other things, mobility scooters and e-(cargo)cycles, without devoting a single word to the nature of those problems and the source of information on which those conclusions were based.

The only safety-related fact the Council stated was that, of the 678 road fatalities in 2018, more than 140 people were users or occupants of a light motorized vehicle. The source for that figure in the report was the Dutch Bureau for Statistics (CBS). We searched for that number but couldn’t find it. The CBS statistics only mention motorized vehicles for the disabled, (low performance) mopeds and motorcycles as light categories. The number of road deaths in 2018 for those 3 means of transport came to a total of 137. The Board also says: “Because illegal vehicles are used on public roads and are therefore part of traffic, this has an effect on road safety. Because the use of these vehicles is illegal, no statistics are kept about these vehicles, so there is no insight into the numbers of vehicles and accidents that happen to this group.” It seems unlikely that vehicles will be kept out of accident statistics because they are allegedly illegal. In the moped category, a fatality with a tampered moped will not be excluded from the statistics. The CBS statistics include a category “other” which may well include, among other things, road deaths involving “illegal vehicles”. The total in 2018 was 13. The question of what effect these so-called illegal vehicles have on road safety remains unanswered.

There is therefore no clarity at all about the number of road deaths with e-(cargo)cycles, e-scooters, self-balancing vehicles and other so-called “special mopeds“. There is also no evidence of any structural safety deficiencies in those vehicles, let alone vehicles that have caused road deaths due to technical defects. And yet the Board finds the situation so alarming that action is needed.

Two years later, the ministerial response to the report is ready, but it is highly doubtful whether it will have any impact on the number of light electric vehicle fatalities. After all, when referring to those 140 deaths, no explanation was given as to how those people died. This way you can give the impression that they are all due to unsafe vehicles and that if you apply an LEV framework to make them safer, there will soon be no more LEV fatalities. There is indeed a good chance that there will be fewer fatalities, not thanks to safer vehicles, but due to a decrease in the number of vehicles.

Instead of recognizing European regulations and using them as a technical basis for admission to traffic and for enforcement, the Netherlands believes it would be wiser to develop its own specific rules. The Ministry states that the European Commission has been contacted in advance about this. They indicated that, despite the Machinery Directive, there was room for national rules. Only, in our view, the Dutch Ministry has misinterpreted that space. Member States are indeed allowed to apply national requirements to matters related to the use of the vehicle, such as lighting, for example. Member States may not just add purely technical requirements to those of the Machinery Directive. The Ministry also stated that their rules are “inspired by EN 15194”. That is the standard for two-wheeled, electric bicycles with pedal assistance up to 25 km/h and 250W, not exactly the right basis for the vehicles that the Ministry is targeting. Cycles with more wheels, for example, have been deliberately excluded from that standard because they require their own adapted standards. That work is currently underway in CEN … under the care of a Dutch secretariat.

The Ministry stated: “As long as there are no European rules, we must fill that gap nationally. We cannot escape the report of the Dutch Safety Board. In the meantime, the Netherlands is willing to contribute to a European framework.” However, the Dutch representation has never raised this alleged lacuna in the Motorcycle Working Group, where the European Commission discusses, among other things, deficiencies in Regulation 168/2013 with the Member States and stakeholders.

In December, the Minister will debate on the LEV framework with the Dutch House of Representatives. If approved, this framework is expected to enter into force in January 2023. In the meantime, LEVA-EU, in collaboration with its members, will do everything it can to change the mind of the Dutch Representatives. In addition, LEVA-EU will raise the suspected illegality of that framework with the European Commission. Final quote from the report: by investigating the causes of an accident, “the Dutch Safety Board contributes to increased safety.” Whether this research will contribute much to safety is highly questionable.