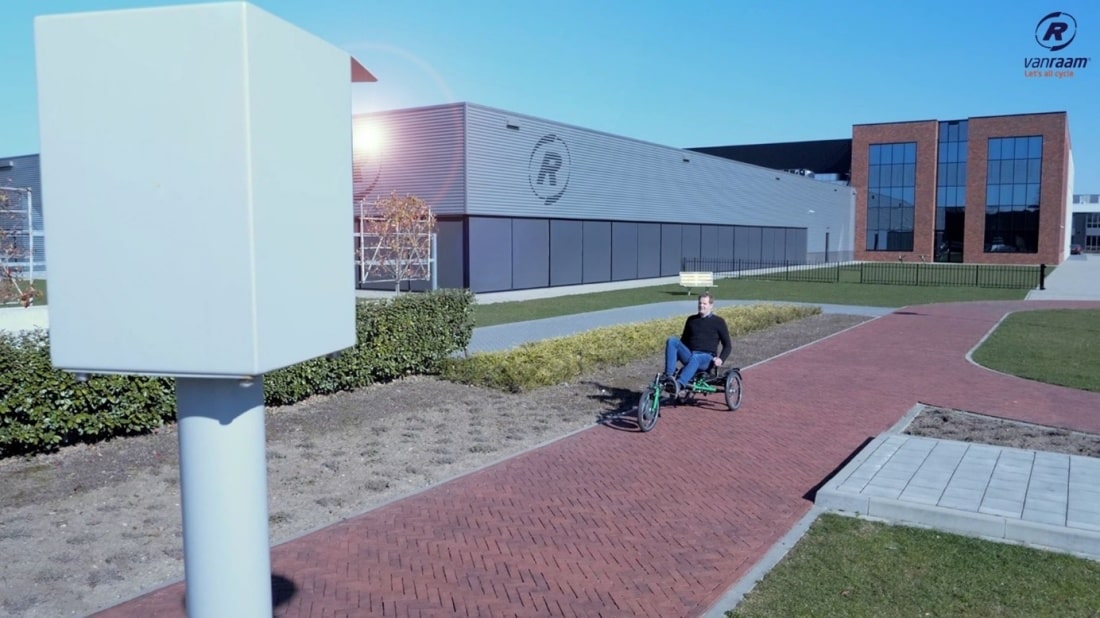 Before the end of 2022, the Dutch government will install speed cameras on bicycle paths. This is to reduce the speed on the bicycle paths. LEVA-EU member Van Raam has a solution with which you no longer have to worry about your speed and possible traffic fines. Read more about this innovative and unique solution here that you can try out on the Van Raam bike test track from the first Friday of the second quarter.

Reduce speed on bicycle paths
It is getting busier on the bike paths. More people have electric bicycles and accidents often happen because people cycle too fast. The government, therefore, wants to reduce speed on bicycle paths by installing speed cameras before the end of the year; there will be various bicycle zones where a maximum of 10, 15 or 25 km/h may be cycled. Do you have a (Van Raam) bicycle? Then you will soon have to be careful that you are not caught out and fined.

Watch Van Raam’s speed-limiting invention as a solution for the speed cameras on bicycle paths in this YouTube video.

“We can have the bicycle react in such a way that it takes over the maximum speed of the area in which it is cycling at that moment.” – Maikel Fraikin (Information Manager)

How exactly does it work?
The current Van Raam Smart E-Bike App can communicate with your bicycle. Thanks to push notifications, you know, for example, when you need to charge your battery. The newly developed feature will inform you via the app about the permitted speed and possible speed cameras. In addition, Van Raam can adjust the speed of your bicycle as soon as you enter a speed camera zone. Thanks to Van Raam’s smart technology, your bicycle automatically takes over the maximum speed of the area where you are currently cycling.

Test phase at Van Raam bicycle test track
Van Raam are now working on the first trials. These tests take place on the test track at the company’s bicycle factory in Varsseveld. A flash installation has been set up to be able to test representatively. The first results are looking good and Van Raam hopes to launch the updated app this summer.

“I don’t have to worry about speeding and associated fines. That’s what everyone wants, right?” – a satisfied Van Raam cyclist

Try it yourself?
Want to try out this speed-limiting invention for yourself? This is possible during a free test drive at Van Raam! During a test ride, one of our technical advisors will tell you everything about our special needs bicycles and associated options. You then test the bike on the test track and make sure that you are not being flashed with the help of the E-Bike App. A test drive is possible by appointment and can be scheduled yourself via www.vanraam.com.