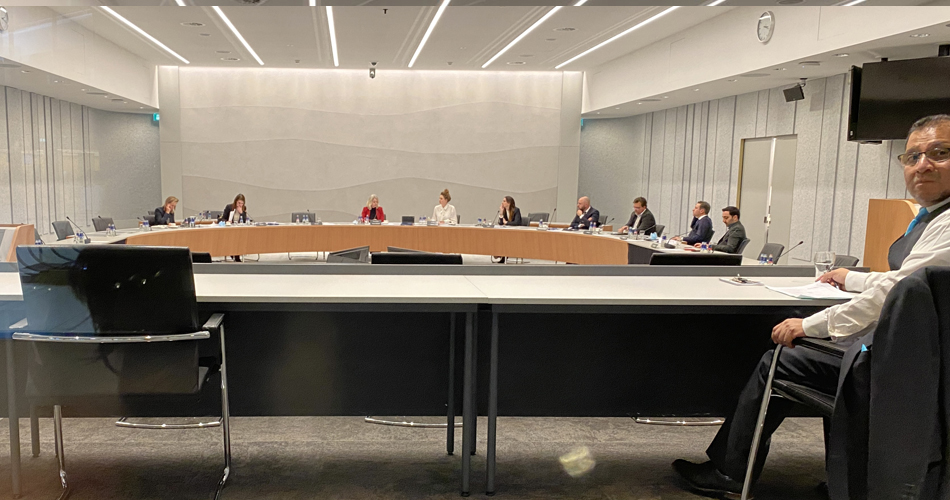 Debate in Dutch Parliament on LEV-framework: what is the problem?

Last week, the Dutch Minister for Infrastructure and Water, Barbara Visser, entered into a debate with (literally) a handful of MPs on the LEV-Framework. This framework is meant to impose additional requirements, including technical ones, on (e)cargocycles. Another part of the framework sets out conditions for e-scooters and self-balancing vehicles with steering to be approved for use on public roads. The debate left one question, albeit a fundamental one, unanswered: what problem is the Minister trying to solve? None of those few MPs present thought of asking that fundamental question.

The debate on the LEV-framework was just part of a larger discussion on traffic safety. Last year, 610 people perished on Dutch roads. That is almost 8% less than in 2019. However, the largest victim group was the one of the cyclists: 229 victims, which is 26 more than in 2019, and 1 more than in 2018. One third of them were riding an e-bike. The Dutch Central Bureau for Statistics (CBS) does not have any separate statistics for (e)cargocycles. It is therefore impossible to establish whether there these have been involved in more or less accidents. As for e-scooters and self-balancing vehicles, in as far as they are included in the statistics, they could only appear in the category “others and unknown”, in which there were 8 deadly victims last year. Also, the higher number of dead cyclists has not been put into relation with increased number of (e)bikers on the road.

In the debate, both the Minister and the MPs pledged that they would do everything necessary to get the numbers down. And that is where the LEV-framework comes in. The Minister did not bother explaining how the LEV-framework would avoid road victims and the MPs did not bother asking. From there onwards, the debate turned into a textbook example of technocracy at its worst. The Minister repeated once more that the LEV-framework was a response to the report of the Dutch Safety Board after the accident with the Stint in 2018. She wasn’t asked by the MPs why (e)cargocycles, e-scooters and self-balancing vehicles, all very different from the Stint, where chosen to pay the price.

She went really wrong a few times with her explanation about the need for the LEV-framework. For instance, she argued that e-scooters should not be granted the same status in traffic as bikes and e-bikes (25 km/h) due to the lower level of damage bikes and e-bikes cause to third parties. Ek = ½m·v2, anyone?

She also announced research into the safety risks of (e)cargocycles in city logistics. She said that to date this was a “blind spot” in the knowledge of the Ministry. And yet, throughout the whole debate she argued that the LEV-framework is absolutely essential to ensure road safety. Isn’t it logical to assume that there are already negative road safety facts available to underpin the LEV-framework?

On top of all this, the Minister has simply ignored a number of critical reports. In June 2021, the Antea Group carried out an impact analysis of the LEV framework at the request of the Ministry. The conclusions contained a number of fundamental objections and recommendations for adjustments. The Ministry also requested the HAN LEV Knowledge Centre to assess the draft technical requirements for the new LEV framework. That report, published in June 2021, also contained a lot of (sometimes very) critical comments and remarks. The Ministry has never said a word about either report, and no, the MPs have not asked about it in the debate either.

Finally, there is the verdict of July 2021 in which a judge in The Hague acquits a rider of an electric scooter. He had previously incurred a fine of €380 for using an unapproved e-scooter on a public road. The judge concluded that vehicles should only be approved for road use if they belong to one of the European harmonized vehicle categories L, M, N, O, T, C, R or S. Because it could not be proven that the e- scooter belonged to one of these categories, the judge acquitted the man. The LEV-framework appears to be based on the Ministry’s proposition that not only vehicles in L, M, N, O, T, C, R or S must be approved for on-road admission, but also (e)cargocycles, e-scooters and self-balancing vehicles. The question is then why e-cargocycles are already allowed on public roads without approval and e-scooters and self-balancing vehicles are not. Another question is why in this line of reasoning bicycles and e-bikes should not be approved for on-road approval.

Make no mistake, this is by no means a plea for a specific Dutch on-road approval of bikes, e-bikes nor for (e)cargocycles, e-scooters or self-balancing vehicles. On the contrary, all this is meant to show that the LEV-framework is unfounded, it will not guarantee fewer road deaths and it will undoubtedly have a negative on the sustainability of mobility in the Netherlands. Introducing specific traffic rules for new types of vehicles, fine, but developing a specific Dutch framework aimed at making the vehicles involved “more bicycle-like” is a bridge too far.

Just before the debate, LEVA-EU, the electric mobility association Doet, International Cargo Bike Festival and the user group Legaal Rijden, sent a joint letter to the MPs and to the Minister to confront them once again with the fact that the planned LEV-framework is in breach of European regulations. That proved yet another issue the MPs and the Minister did not want to go into that too deeply. During the debate, the minister casually mentioned that she would submit the Dutch plans to the Commission for approval.