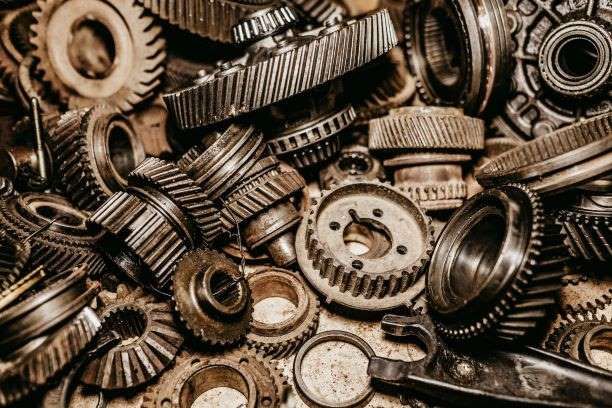 On 21 April, the European Commission has published a proposal for a new Machinery Regulation. The text holds one crucial point for the LEV-sector: the exclusion of all vehicles for the transport of goods and persons. LEVA-EU is very pleased with this first step towards specific technical legislation for light, electric vehicles.

The current Machinery Directive entered into force in July 2006. Article 1.2 of that legal text excluded vehicles covered by type-approval from the scope of the Directive. As electric bicycles with pedal assistance up to 25 km/h and 250W were excluded from type-approval, they became subject to the Machinery Directive.  Earlier that year, ETRA and COLIBI, the trade associations for bicycle dealers and for bicycle manufacturers respectively, had a meeting with the Commission to see if there was still any chance of avoiding the Machinery Directive for electric bicycles. The Commission responded that this was impossible. However, they did reassure the two associations that there would be a moratorium for compliance in the field of electric bicycles.

The EN 15194 was already in place at that time and, immediately after that meeting, CEN TC 333 – WG5 set out to harmonize the standard under the Machinery Directive. Such harmonization results in presumption of conformity. In other words, for electric bicycle manufacturers the standard would be a legally secure tool to comply with the Machinery Directive. However, the process took 11 years. The harmonized standard was only published in 2017.

In the meantime, the Commission has drastically changed the harmonization procedure. Originally, specialist consultants within CEN assisted technical committees in drafting standards that fulfilled the requirements of the Machinery Directive. In the new system, the Commission has awarded Ernst & Young with a contract to provide and lead a team of so-called Harmonized Standards (HAS) consultants. These no longer assist the technical committees, but only assess the text once completed. It turns out to be much more difficult to produce standards which are accepted for harmonization.

Recently, the draft standard for electric mountain bikes was rejected for harmonization. The EN 17128 for Personal Light Electric Vehicles, i.e. without a seating position and self-balancing, didn’t make harmonization either but was published anyhow. As a result, a vehicle complying with this standard is not presumed to be in conformity with the Machinery Directive. EN 15194 is also under growing pressure. The Netherlands have lodged a formal objection against the harmonization due to inadequate battery safety requirements, whilst Germany demands a vibration test. In fact, EN 15194 should be fundamentally revised, but in the current circumstances it is unlikely for the revised standard to make it through harmonization. Also, it is becoming increasingly clear that certain requirements are only included in standards just for the sake of complying with the Directive, not because they are absolutely necessary to guarantee safe electric bicycles or other LEVs.

End of last year, LEVA-EU sent a position paper to the Commission pleading for the exclusion of light, electric vehicles from the new legislation. The trade association argued that the Directive had never been intended to cover vehicles and that the Commission’s proposals for the new Regulation would exacerbate the problems.  The proposal holds new requirements which would be difficult for LEVs to meet and increase the administrative burden, which is already significant, even further.

LEVA-EU’s plea has finally been heard by the Commission. In the Impact Assessment the Commission concludes: “The MD already excluded means of transport by air, water, rail networks, and means of transport by road regulated in the EU’s type-approval legislation. By default, vehicles that were not regulated by that legislation were covered by the MD. Although a vehicle may fall under the definition of machinery, the purpose of the machinery legislation is to address the risks stemming from the machinery performing its function (such as excavator in a construction site), not the risks related to its circulation on the public roads. This option would make clear that the revised MD does not apply to means of transport, regardless of the speed limits, with the exception of machinery mounted on these means of transport. The means of transport includes all vehicles, the only objective of which is the transport of goods or persons. The following vehicles would therefore be excluded from the revised MD: (i) light vehicles, such as electrically power-assisted cycles, hover boards, or self-balancing scooters; (…)”

The exclusion of LEVs from the Machinery Directive will not necessarily create a legal vacuum. First of all, it will take some time for the European Parliament and the Council to adopt the final text, which will provide for a transitional period. After that, there are two possibilities. Either, the General Product safety Directive, which covers all products not covered by specific safety legislation, can take over. Alternatively, the Commission could develop new specific LEV-legislation. It appears that the Commission Unit that has ordered the TRL-study on so-called Mobility Devices, is considering such a new initiative. LEVA-EU will continue its efforts for LEVs also to be excluded from Regulation 168/2013 and for a new horizontal LEV-Regulation to replace both the Machinery Directive and type-approval legislation.

Photo by Jonathan Borba on Unsplash