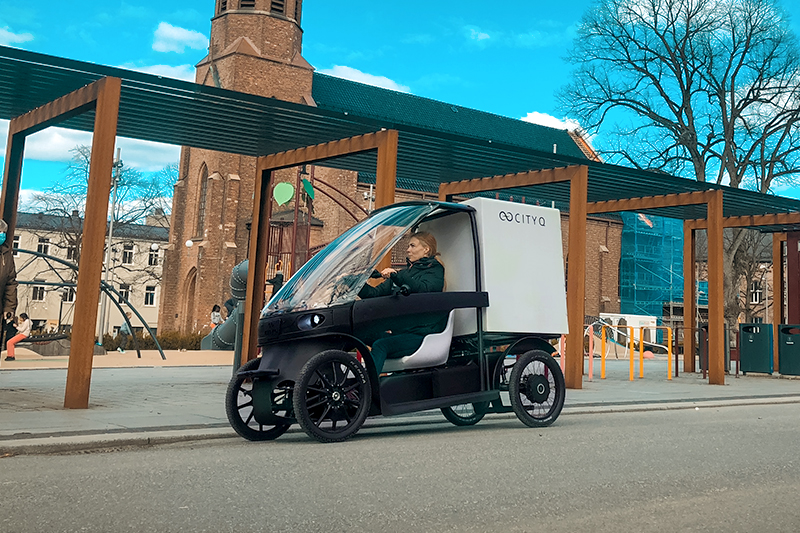 This article brings an update on LEVA-EU member CityQ’s current affairs. It is now possible to preregister as a CityQ shareholder. They have partnered up with several new players, including a partnership for the assembly of their 4-wheel ebike which will be starting this autumn. In the course of this year, 20 ebikes will be prepared for a pilot project, production capacity will be ramped up and a new Cargo version of CityQ is shown to the public. For more information on becoming an investor, click here.

CityQ entered a partner agreement with a leading electric car sharing company in Scandinavia and is becoming part of a mixed fleet offering for urban customers. They also partnered up with an EV automotive brand to assemble CityQ, starting in autumn. The partner will work for shares in preparing CityQ for mass production and an exciting market launch.

The first 20 units are planned to be assembled for pilot customers and partners in 2021. It’s expected that CityQ will arrange demo events and invite all of their customers having preordered. Next year, CityQ will ramp up production capacity for mass production and eventually starting the delivery upon preorders.

Below is the latest model with Cargo version, which is expected to be delivered to pilot customers in the following weeks. This model is characterized by having extra power and a long range battery alternative. Based on feedback of pilot customers, the family version will be upgraded accordingly.