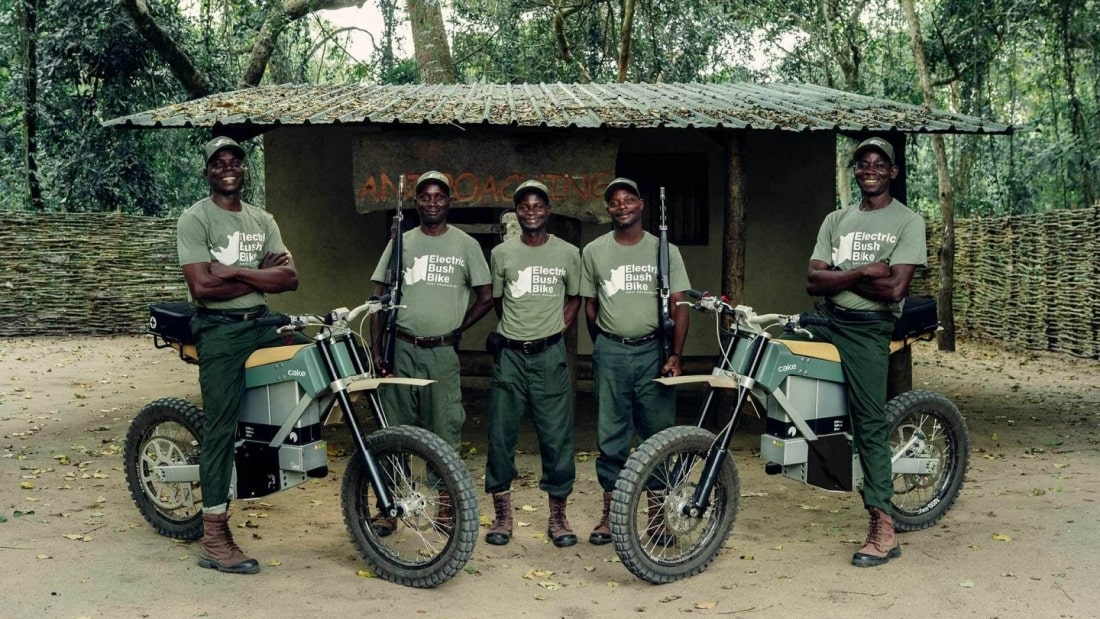 Poaching is a growing concern for wildlife conversation areas all over the world, leading to some animals being threatened with extinction. Swedish electric bike manufacturer, CAKE, and Southern Africa Wildlife College (SAWC) have established a joint initiative to improve anti-poaching efforts and promote sustainability by creating the electric, solar-powered motorbike: Kalk AP.

Anti-poaching teams normally use dirt bikes for patrolling, as they are the fastest and most agile vehicle to use in wildlife areas but they are powered by fuel which is a scarce and expensive resource. Work to save endangered species from extinction is also hindered by their noisy engines alerting illegal poachers.

CAKE has worked closely with SAWC using its CAKE Kalk platform to develop the Kalk AP (Anti-Poaching), a high-performance bike that’s lighter and quieter than any combustion engine motorbike. Stefan Ytterborn, CEO and Founder, CAKE, has described this collaboration as “a perfect example of purpose meeting sustainability”.

This bicycle allows rangers to approach poachers silently without being detected, and tackles the inconveniences and expensive costs associated with getting fuel for standard anti-poaching vehicles. It also helps to reduce pollution with its renewable power kit and solar panels that are fuelled by leading solar power company Goal Zero. Anti-poaching rangers are given more freedom to ride in remote wildlife locations because the power kit of the KALP AP can be charged independently from any power outlet.

In July, it was announced that CAKE was awarded “The Best of the Best” accolade by ABC for the Kalk AP model, and since September 2021, rangers have been trained on these bikes for anti-poaching missions, before they hit the trails of South Africa.

CAKE is initially offering a limited edition of 50 bikes as a reduced price bundle; for each bike purchased by the buyer, another bicycle (and its solar services) will go to SAWC.