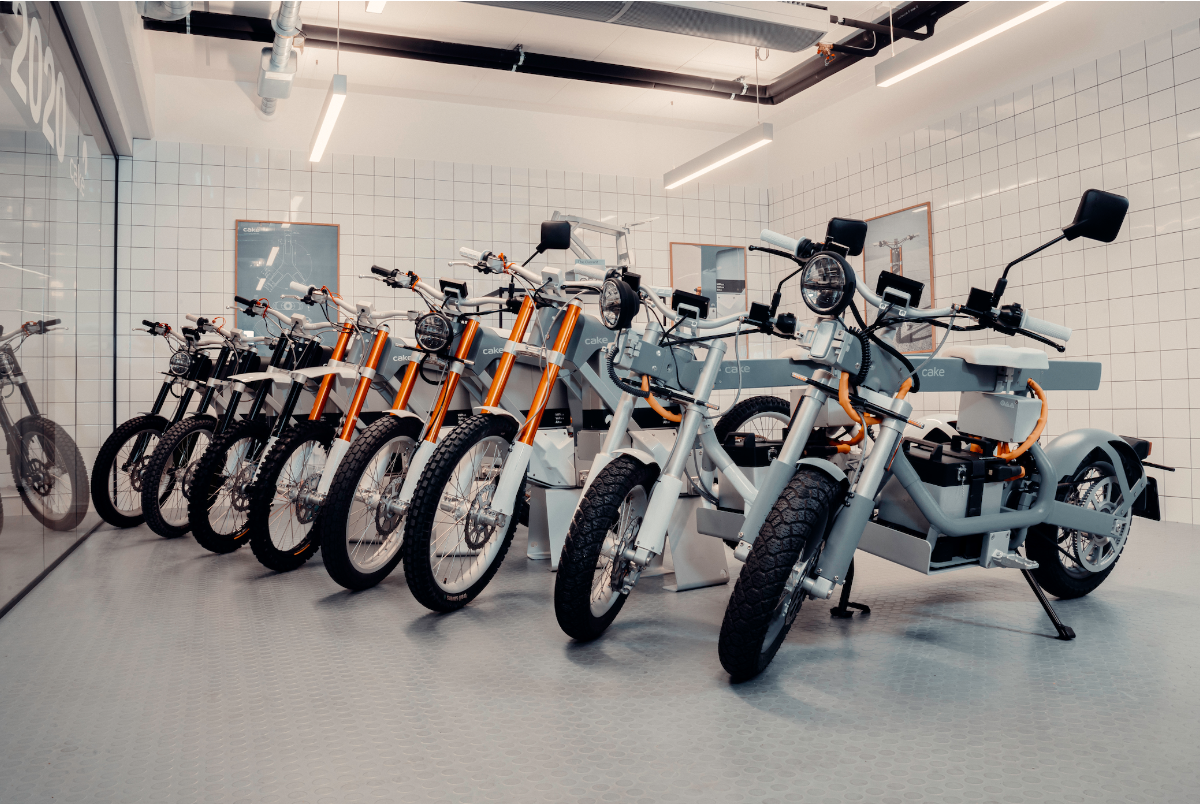 LEVA-EU member CAKE unveiled two new race-oriented models and announced an expansive commitment to racing with the International One Design Series motorcycle race format during their virtual edition of the EICMA motor show, CAKEMA. In addition to the launch of the new kalk OR RACE and kalk INK RACE, the team revealed a variety of updates to the current models that riders can expect to see in 2021.

“The start of 2021 is all about racing for CAKE. It’s always been a part of our DNA, but with the launch of the new kalk OR RACE and kalk INK race models and the CAKE One Design Race series, we’re taking it to the next level and inspiring a new interest in motorcycle racing that is clean, quiet and approachable,” remarked CAKE founder and CEO, Stefan Ytterborn.

CAKE’s first major model announcement of 2021 is the kalk OR RACE and kalk INK race, new race editions of the kalk platform. These bikes feature a higher front fender, fork guards, CAKE-specific MX wheels and hubs, and more extreme tires. They are still extremely lightweight at 75kg for the kalk OR race / 78kg for the kalk INK race and boast a powerful 11kW electric motor with 42Nm of torque at the motor axle and 280Nm of torque at the wheel. The two bikes will be available built out as complete RACE bikes. Alternatively, existing kalk OR and kalk INK owners can purchase an add on RACE-kit to complete transform the motorbike.

The second major 2021 announcement for CAKE is their commitment to developing electric motocross racing through the establishment of the International CAKE One Design Race series format. Much like the FIA Formula E World Championships, the goal is to expand the race series to cities throughout the globe and to also establish FIM approval. The first race in the CAKE One Design Race series occured in St. Tropez, France, September 5-6, 2020 and was hosted by the team at ElektraFuture with additional races being planned for summer 2021. The CAKE team also elaborated on plans to build the first One Design Race race track and enduro trail with the team at the Gotland Ring race track in Gotland, Sweden, which are being designed by Enduro and MX professional Robert Kvarnström, assisted by MTB Enduro athlete Robin Wallner.

Due to the cancellation of major trade shows like the EICMA motor show, additional virtual programs are scheduled around CES and Outdoor Retailer to announce additional models, partnerships and more. Those interested in watching the entire broadcast of these announcements can visit: ridecake.com/en/event-eicma/