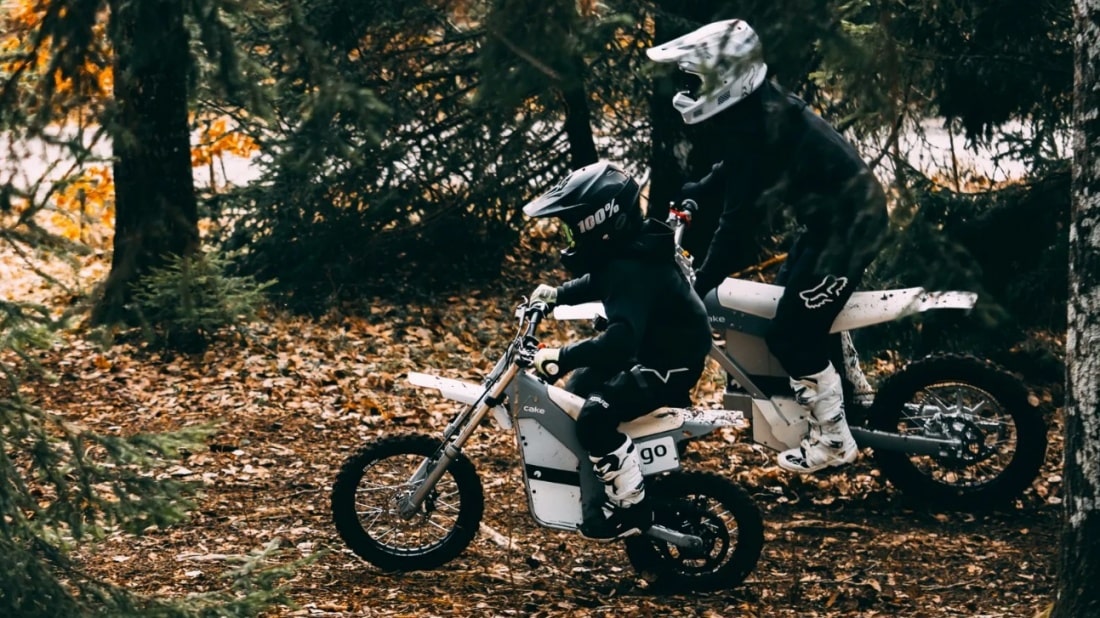 The Ready, Steady, Go line includes three models of two-wheelers to get kids riding from a young age

LEVA-EU member, CAKE, has unveiled three new models aimed at children above 18 months. The range consists of the CAKE Ready, a 12” balance bike, the CAKE Steady, a 16” single-speed pedal bike, and the CAKE Go, a fully electric mini dirt bike. The first two models are designed to introduce young riders to bikes, with the final ‘Go’ model being a fully-fledged LEV for individuals six years or older.

The small-format electric dirt bike has a parent-controllable speed limit of up to 40 km/h (25mph), adjustable in line with rider skill level. Weighing 32kg, the model has a 1hr run time thanks to the included 48V 8.8Ah battery. The model will retail for €3,500 with a €200 down payment.

CAKE is not the first company to make such a move, with competitors Harly-Davidson and SUPER73 making similar models in the past. Clearly, there’s no limit to how early one can start building brand loyalty!