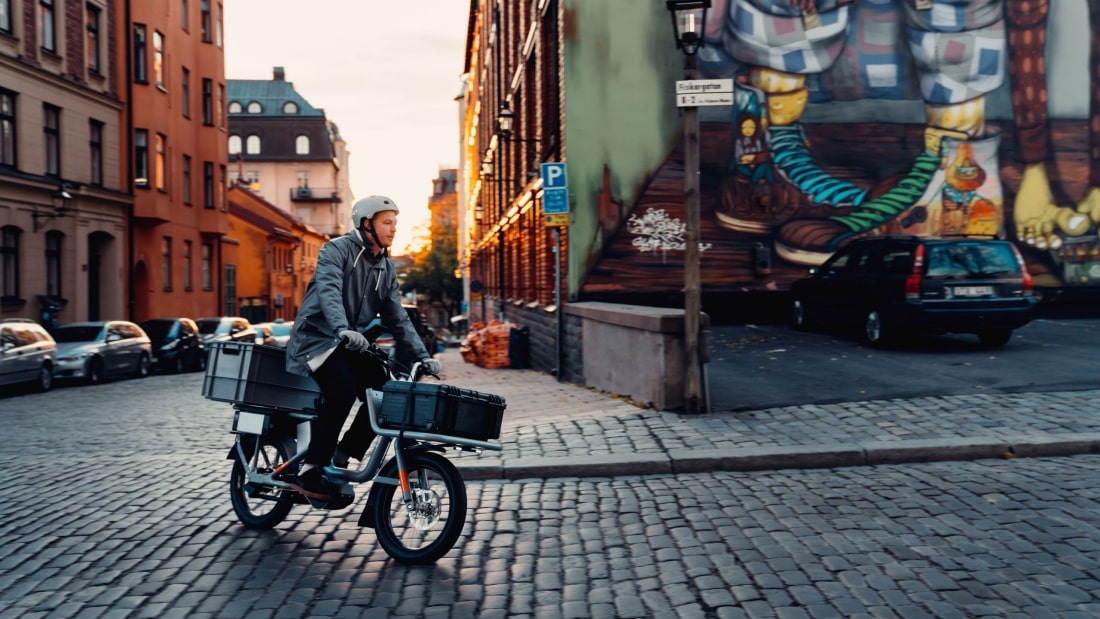 CAKE launches its newest model, the Åik, at CES

The Åik by CAKE is the utility choice for the demands of working professionals who rely on two-wheeled transportation for their livelihood or indeed for the demanding lifestyle requirements of individuals. Not to be mistaken as just an e-bike, it is a utility tool that redefines the category with an unsurpassed range and power of up to 224 miles and a gross vehicle weight of 200 kg. Like the Ösa, Åik is designed around a modular aluminium frame so customers can outfit the Åik with the suitable types of racks, bags, trailers, baskets, and passenger seats to suit the job at hand.

By creating a transportation solution that does not require any special license to operate, CAKE has filled a gap in the :work series. The newest member of the :work family blurs the lines between lightweight electric motorcycles and utility e-bikes. For those who typically rely on motorized transportation, it opens up networks of bike lanes and paths that are off-limits to motorcycles and cars. It’s also indisputably easier to find a spot to park a bicycle than it is a motor vehicle.

“With Åik joining the :work series lineup, we’re now offering a complete assortment of electric two-wheeled solutions for any business in need of a transportation solution,” said CAKE founder and CEO Stefan Ytterborn. He continued “Our range is optimized for artisanal needs, from the fastest deliveries in town through to surveillance work in the backcountry.”

In designing this bike, CAKE took its expertise from manufacturing high-performance electric motorcycles and applied it to e-bikes. The result is a robust bike that’s ready for the demands of commercial fleet use and everyday commuting alike.

The key feature of the Åik is its battery, or batteries. One of the 750 Wh batteries can power the bike for up to 74.5 miles, but users can connect as many as three batteries to extend the range to cover more miles than most want to ride in a single day. The batteries can also power electronic devices such as temperature-controlled food boxes, electronic tools, and equipment.

Like the rest of the :work series, the Åik is also available direct to consumers and later this spring a wider assortment of accessories will be available to further suit their lifestyle needs.

The Åik is available for pre-order on ridecake.com and is expected to start shipping in May of this year.

One way or another, all CAKE names derive from the island of Gotland. The Åik comes from the local ancient language “Gutniska” and means ’big and heavy load’ referring to Åik’s hundreds of utility combinations to pull, stow and carry heavy loads.