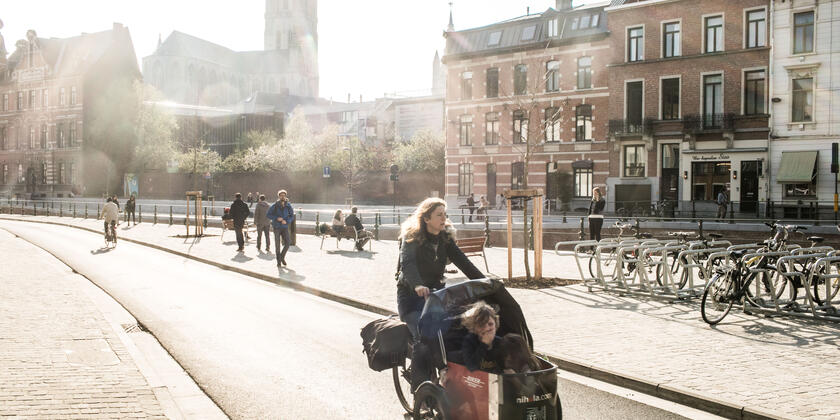 Belgian (e)cycling commuters can earn up to € 0.25 per km

As of 1 January 2022, commuters in Belgium who use a cycle, electric cycle or speed pedelec may receive up to € 0.25. Last year, the maximum allowance was € 0.24. “May” because there is no legal obligation for the employer to pay this extra. Recently however, the trade unions and employers in the joint committee for clerks, which covers 350,000 employees, agreed on a compulsory cycling allowance. The quarter Euro per km is free of tax and social security. Not all employers offer this maximum. If you work for Flanders Education you only get € 0.15, whilst the Flemish Region pays € 0.21.

In 2021, COVID-19 resulted in less cycling for commuting than in 2020 and in 2019, pre-corona. SD Worx, the biggest wage calculator in Belgium, was able to conclude this from the wage calculations of employees in the private sector. The decrease is mainly due to white-collar workers, who often had to work from home. There is a slight increase among labourers. The average amount per cyclist increased. From this SD Worx infer that especially those who live further from work continued to cycle to work in 2021.

In recent years there has been a constant increase in Belgium in the number of cycling employees who benefit from the cycling allowance. Their numbers peak during the summer months and decrease during the winter months. They still prefer to cycle in ideal weather conditions. The SD Worx data only concerns employees who (partly) commute by (e)cycle and effectively receive the allowance. The total number of cycling commuters is probably much higher. The year 2020 started as a strong ‘cycling year’, but eventually there was a decline, which continued into 2021.

Last year, the province of Eastern Flanders had the highest number of (e)cycling commuters with an allowance, i.e. 23%. The decrease was the worst in the province of Flemish Brabant, from 18.5% (2019) to 8.7%, whilst in Brussels it dropped from 11.8% to 6.7%. The (e)cycling allowance is a lot less popular in the Walloon area, where only 10% of the employers participate. Overall, the measure is best established among large companies and the least common among companies with less than 20 employees.