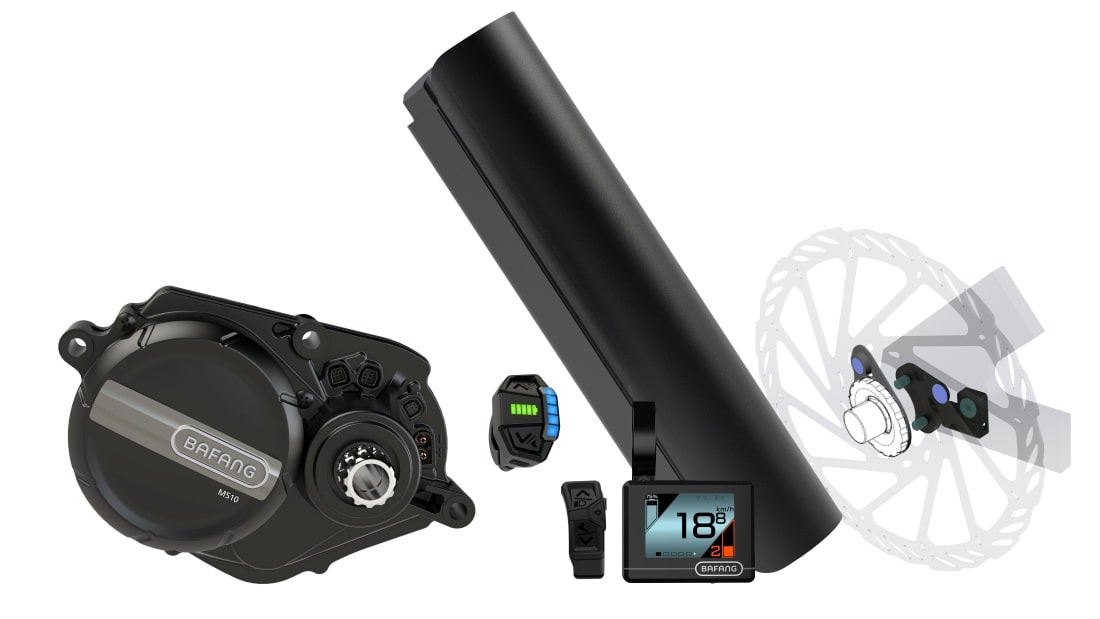 Bafang gets stronger and lighter – the new power engine, the M510 mid-motor predestined for E-MTB enthusiasts who prefer steep ramps and bike parks

LEVA-EU member Bafang introduces its new M510 mid-motor, the successor to the proven M500, for rugged and demanding applications.

As one of the world’s leading manufacturers of eBike drive systems, Bafang strives to offer the best motor and system solutions for a wide range of categories – and continues to do so with the new M510 in the powerful mid-motor class. The strong torque of 95 Nm is the same as the M500 but the overall torque curve of the M510 is higher than that of the previous model. This is clearly noticeable with the extreme high cadence support of 120 rpm. To further push this efficiency of the power increase, the rotor and the segmented stator were revised and a Magnesium housing was constructed, reducing the total weight of the M510 by a full 500 grams (18%) to 2.9kg (weight M500 = 3.4kg).

In addition, the software for the starting characteristics has been optimized to provide a smoother and more controllable start. These characteristics allow for a better entry into short curves or crisp climbs. With tremendous peak power, acceleration is customarily powerful and right on point!

It is precisely on steep climbs or in tight bends where it is most important for the engine to release the right amount of power with pinpoint accuracy. Too much power causes the tyres to spin, while too little power leads to unstable handling. Thanks to the high sensitivity of the torque sensor, the M510 can gague the right amount of power according to the rider’s pedaling force, and dial in the appropriate assistance. With this power spectrum, the M510 mid-motor is the ideal choice for performance-oriented use, whether in the bike park or when conquering technically challenging uphill climbs!

In addition to the lighter construction, the mid-mounted motor has been equipped with refinements such as increased waterproofing, a 12V light module, and integrated connections. Furthermore, the M510 is compatible with a common chain guard, has the same motor mount as the M500/M410, and offers the option of a hidden speed sensor installation.

The M510 motor is compatible with most of the products in the Bafang portfolio, such as the Intube battery, the displays DP E180/181 with a clean LED HMI, the optional upgraded color version DP C242 HMI, the hidden speed sensor with two different magnetic fixation solutions, and the upcoming new Bafang APP. By producing the above components in-house, Bafang is able to guarantee delivery times of 60 to 90 days.

The M510 motor has already been in successful use since the beginning of the year, in the professional CST PostNL Bafang Mountainbike Racing Team with team manager and MTB icon Bart Brentjens. Powerful – The comment of Kjell van den Boogert, E-Biker of the CST PostNL Bafang Mountainbike Racing Team, who is currently in Noli, Italy at the team training camp: “I am happy with the new M510! The engine feels much more powerful and is also very quiet”. M510 – Powerful, compact, light and dynamic.