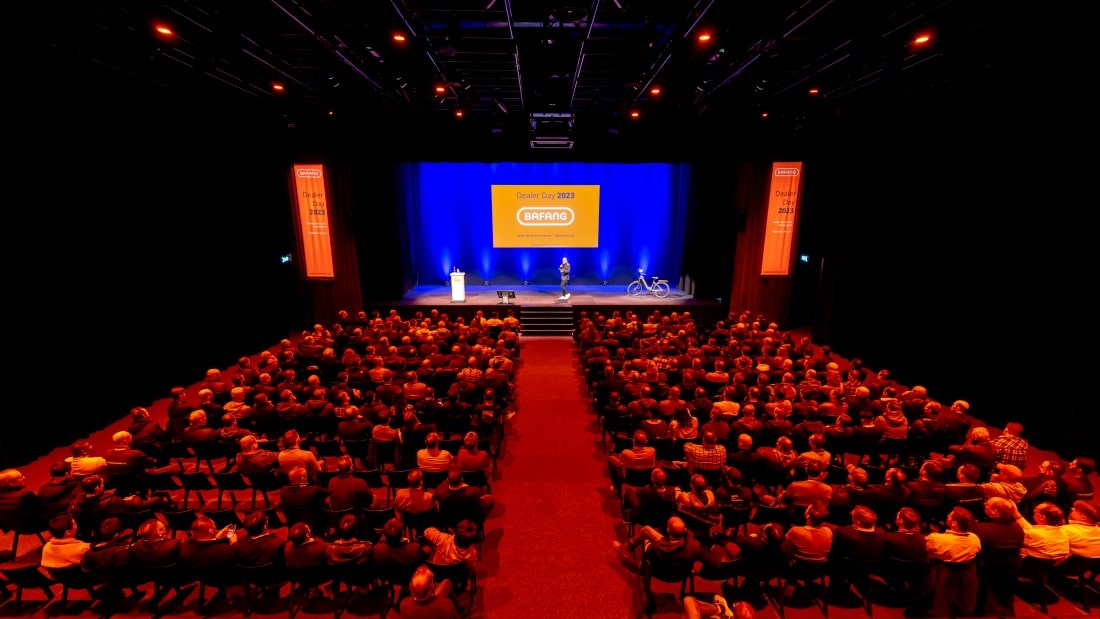 The first Bafang Dealer Day took place on January 16 in Nijkerk, generating a great response and positive feedback. More than 450 dealers took up the LEVA-EU member’s invitation to register for the event and made their way to the distinctive venue Hart van Holland. Here, much discussion surrounding Bafang itself, the dealer direct service, new products, and partner opportunities took place.

The day’s presentations were specially designed with dealer-specific information in mind, ranging from an overview of Bafang’s history to technical insight regarding the latest drive systems. Confidently leading the day’s proceedings was moderator Rens Merckelbach. He was joined by members of Bafang’s Benelux branch Vince Weerden, Santosh Mankoe, and Leroy van Heeren, the branch’s Service Manager, Dealer Direct Service Executive, and Customer Service Specialist respectively. Each presented on their specialist subject, taking time to answer any dealers’ questions on the matters at hand.

After a refreshment break the event continued, moving into an adjacent hall where dealers were able to view Bafang’s latest technological offerings up-close while receiving tailored advice from knowledgeable staff members.

Alongside the isolated drive systems, batteries, and HMIs on display, a range of test bikes were available for dealers’ use. Supporting Bafang’s own test bikes were branded bikes boasting a range of systems, provided by Jools, Brinckers, BSP, and Dolly Bikes. Based on the faces seen around the specially designed test track, Bafang’s motto, “Engineered to make you smile”, rings true!

The afternoon was then characterized by presentations of the latest products from Bafang by Lennart van Houwelingen, the Sales Manager for Benelux. Following this, Leroy van Heeren returned to deliver a presentation regarding the BESST Pro tool, which is sure to be an exciting prospect for many dealers.

Rens Merckelbach concluded the event with a light-hearted lottery, where Bafang team members presented a selection of gifts to lucky attendees. Concluding with a classic networking session, the event can only be described as an extremely successful and slick launch of Bafang’s Dealer Day. Full of informative content and exciting ideas, the event clearly outlines Bafang’s focus on development in the European market, and is the product of a great team effort by the staff of Bafang Electric Ltd.