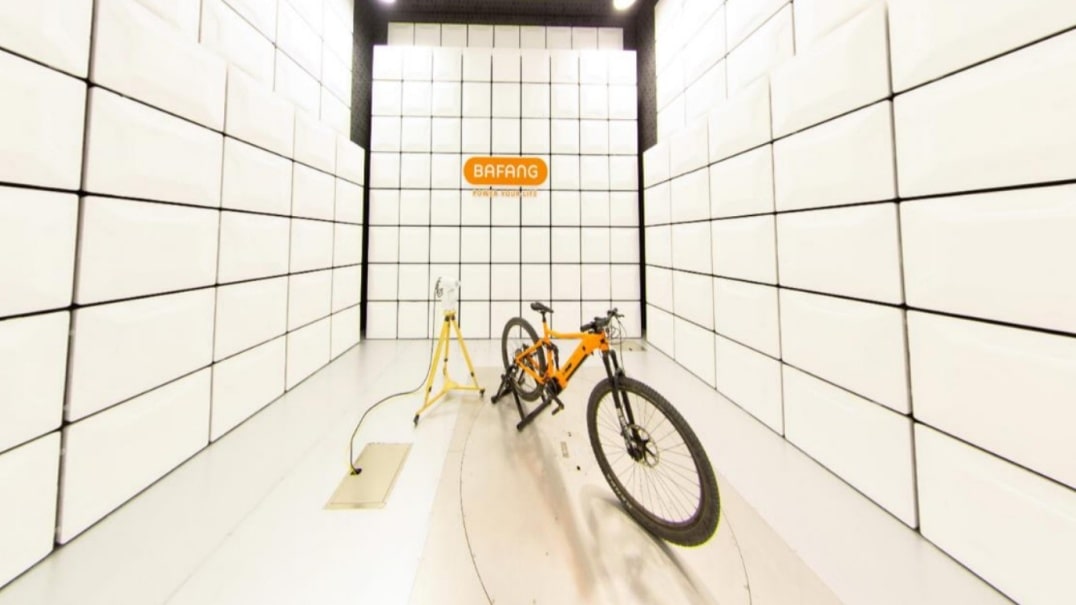 Bafang completes the building of its EMC Laboratory

The electromagnetic compatibility facility will substantially and positively impact on LEVA-EU member Bafang’s product development, driving up quality and efficiency while reducing costs

After two years and a capital investment of more than ￥10 million (approximately 1.44M€), Bafang has successfully completed the building of an Electromagnetic Compatibility (EMC) laboratory, becoming one of the few companies in the global electric system industry to own such a facility. The Bafang EMC laboratory will provide a large amount of test data support for future product projects and effectively achieve the key aims of “cost reduction, efficiency increase, and quality improvement”.

Imagine that when you turn on a vacuum cleaner, the TV next to you becomes blurry. This phenomenon is called Electromagnetic Interference (EMI), occurring when a device conducts its voltage or current and influences other devices. In the process of product manufacturing, solving the EMI problem is a key task, and EMI interference will be exposed through EMC testing. An EMC laboratory can fully verify the immunity of a system‘s equipment in its electromagnetic environment, which could be also called electromagnetic sensitivity. In addition, an EMC lab can judge whether the system equipment causes EMI that is above a particular limit to other equipment.

The Bafang EMC laboratory covers an area of about 120 m² and has both a Semi-Anechoic Chamber and an EM Shielding Chamber. The testing capabilities cover eBikes, civilian goods and components, and can fully meet the EMC testing requirements for motors, human-machine interfaces (HMIs), controllers, sensors, batteries, chargers and various other products.

Based on the ISO17025 laboratory management standard, the Bafang EMC laboratory not only has comprehensive testing methods, but can also achieve mutual recognition of data with top laboratories in the world due to the advanced equipment within.

With the continuous accumulation of experience in EMC testing and rectification, Bafang will cultivate more excellent and highly talented EMC-focused testing teams and hardware professionals, with the aim of minimizing EMC-related problems across the product range. Bafang‘s EMC Laboratory will also speed up overall project R&D progress and provide a solid foundation for R&D innovation.

It is foreseeable that with its high utilization rate and relevant industry qualification certification, the Bafang EMC Laboratory will accelerate a considerable reduction in costs related to EMC pre-compliance testing and components‘ CE certificating, and so, will truly achieve the company’s “cost reduction” goal. In line with Bafang’s commitment to creating advanced laboratory facilities, in addition to the EMC laboratory, the Bafang Laboratory Centers also feature spaces dedicated to Environmental Reliability, Battery, Mechanical Reliability, Aging, Acoustics and more. This large-scale, comprehensive laboratory structure ensures product stability and effectively improves the competitiveness of Bafang in the market.

In the future, Bafang will strive to obtain laboratory qualifications accredited by the China National Accreditation Service for Conformity Assessment (CNAS), and continue to promote quality management to a new level.