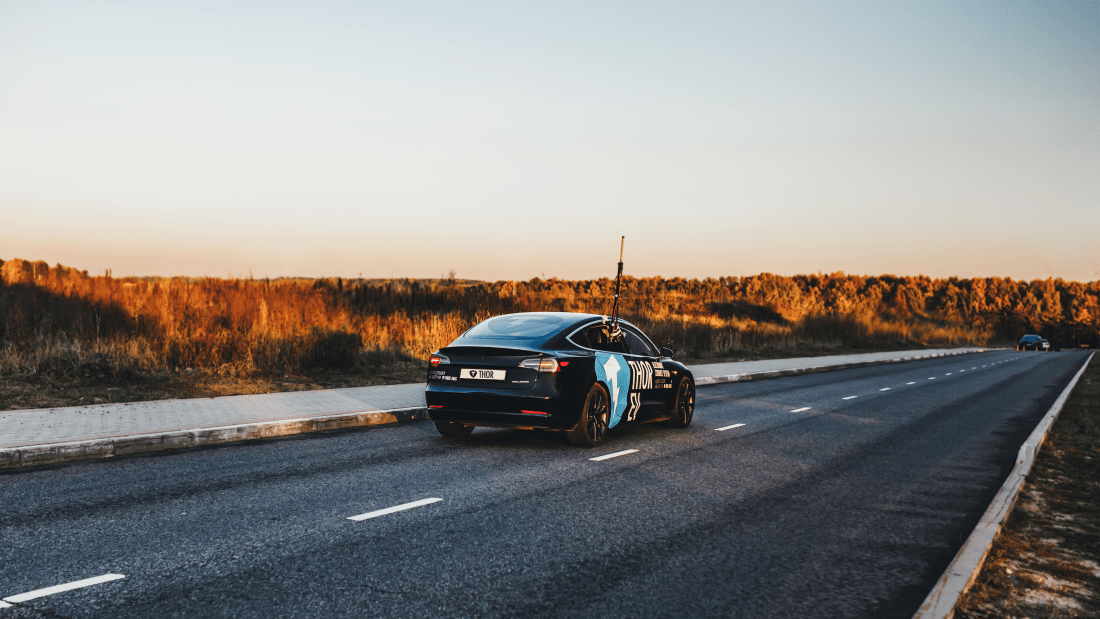 LEVA-EU Member Thor Avas shares the latest insight on acoustic technology as increasing numbers of electric vehicles appear on the roads and sidewalks.

Electric transport has a positive effect on the ecology of the city and agglomerations in the broadest sense of the word.

When considering electric vehicles locally, the emission of exhaust gases is reduced, and the acoustic ecology is improved by reducing the noise of vehicles (the hum of internal combustion engines disappears). Micromobility vehicles increase the personal mobility of the population.
However, with the spread of electric transport, new difficulties also appear – the number of collisions with pedestrians is increasing. This is not only due to the fact that electric transport can pick up speed faster, but also because it is quiet and has low acoustic visibility at low speeds. Electric vehicles are even classified as silent vehicles, which, according to the national legislation of various countries in North America, Europe, and Asia, must be equipped with a special acoustic device that makes sounds when driving – an AVAS system (acoustic vehicle alerting system).

The visibility of an AVAS-equipped vehicle to a pedestrian will be determined not only by vehicle characteristics, travel speed, road surface types, AVAS sound types, and loudness but also by the acoustic characteristics of the environment.
When considering AVAS systems, the visibility of an electric car in a noisy city can be sufficient, but in a park area or countryside, it could be excessive. In this case, the damage to acoustic ecology can be even greater than the noise of an internal combustion engine.

Thor AVAS conducted an experiment that assessed the visibility of vehicles (a car with an internal combustion engine, and an electric car with the AVAS system on and off) on a quiet country road.
Visibility was determined using the “fixation time” – the time from the moment a research expert acoustically recorded (heard) that a car was moving in their direction until the moment the car reached them. Passages of an electric vehicle with the AVAS system turned on had two volume options – with the AVAS system operating with a sound level of 75 dBA (maximum allowed) and a sound level of 69 dBA (twice as quiet).

The results showed that operating at acceptable volume levels, the AVAS system in the countryside will provide excessive visibility, that is, pedestrians will hear the approach of an electric car for 25-55 seconds at a speed of 10 km/h and 25-30 seconds at a speed of 20 km/h. These visibility values are several times higher than those for a conventional ICE vehicle.
None of the regulatory documents indicates the possibility of an adaptive mode of operation of the AVAS system – such a mode in which the volume of operation is selected based on the acoustic environment. Such a mode of operation could reduce the noise impact on the environment and improve the acoustic environmental friendliness of the AVAS system.