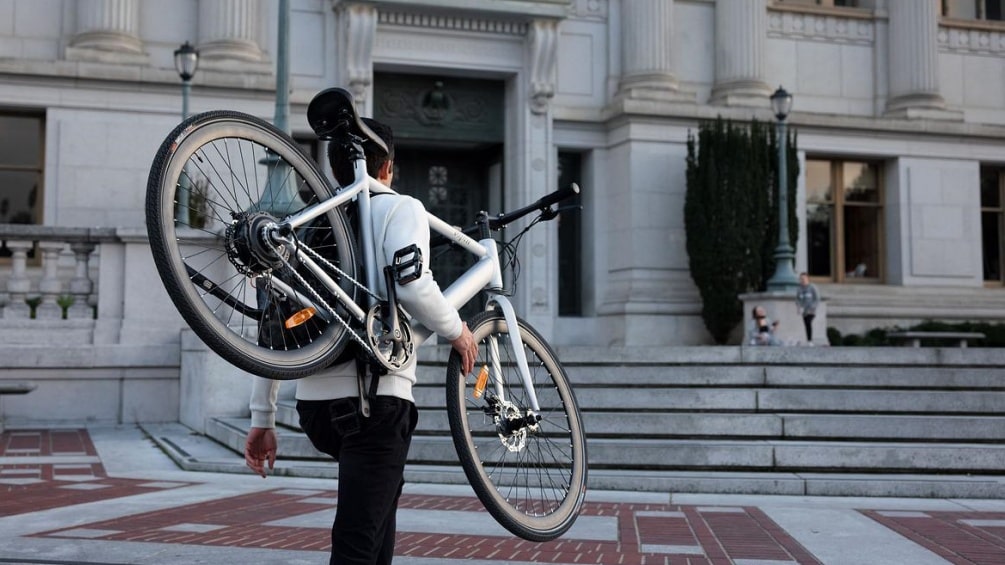 A study into the use of e-bikes shows an increase in regular activity.

Source: Journal of Transport and Health

Previous studies have shown that e-bike owners cycle more and drive less than they would without access to an e-bike. Support schemes for e-bikes exist in a number of countries, but knowledge about the effect of subsidies on active transport is limited. A new study into an Oslo-based e-bike subvention scheme reports on the uptake and use and the accompanying benefits.

To boost the uptake of e-bikes, Oslo City Council introduced a subvention program (€500) for e-bike purchasers in 2016. Applicants disclosed a travel diary, answered a web survey on usage, and downloaded an app to support their activities. The survey results from the trial group were compared with two control groups; an outside sample of individuals and subvention receivers who had not yet purchased the e-bike. Compared to the control groups, the trial group increased cycling activities by 17–22% after subsidized e-bike purchase and a range of 11.6–19.3 km. The subvention led to more cycling activity and it concluded that financial incentives may contribute to a boost in active transport, even when the subvention is of a simplistic kind that does not target specific population segments.

E-bikes have increased in popularity worldwide during the last few decades and represent the fastest-growing segment of the transport system (MacArthur et al., 2014). One aspect of e-bikes that is attracting more and more research interest is their effect on mobility patterns (Peterman et al., 2016). The e-bike has notable results regarding the impact on daily transport modes compared to regular cycling and walking. Distances are increased and even those only considered to be accessible by active transport are considered; traditional cycling barriers are reduced (de Geus and Hendriksen, 2015).  The e-bike may also reach population segments that are not prone to regular cycling or walking and particularly important for countries with current low bicycle use. However, the most rapid uptake has occurred in countries with high existing bicycling shares.

A scoping review by Bourne et al. (2020) highlighted that the impact of the e-bike on travel behavior is largely influenced by the primary mode of travel prior to the introduction of the e-bike, largely a shift from traditional bicycles or cars. Physical activity has obvious health benefits and due to the electrical motor assistance, barriers such as long distances and hills become easier to overcome (de Geus and Hendriksen, 2015), and hence facilitate more physical activity in everyday life (Oja et al., 2011). The potential downside of the motor assistance is that it requires less self-generated power (i.e. energy expenditure) for a given time and distance, compared to a non-assisted bicycle. However, the e-bike is found to require physical activity of at least moderate intensity (Bourne et al., 2018)

To boost e-bike sales, various forms of support schemes or incentives have been introduced, driven by a concern for the environment and for public health. Learning about the mode-share effects and changes in the overall cycling of such schemes is of particular interest, as it is an open question whether the motivation to use the e-bike after purchase is the same among subvention receivers as among “normal” e-bike purchasers. This recent study assesses the effect of subsidizing the purchase of e-bikes on users’ daily mobility patterns, and overall bicycle usage. Bicycle usage was measured by two items; how far (in kilometers) were ridden and whether the use was for transport or exercise. The trial group was also asked if (and when) they had bought the e-bike and first put it to use. To match the control group to the trial group they were also posed the question: “If you were to buy a bike today, would you consider an electric bike?” Possible answers were: “Yes, absolutely”; “Yes, maybe”; “I don’t think so”; “Don’t know” and “No, certainly not”.

The app data was collected over a period of two months and the total number of trips recorded was 219,105. The largest difference in car use was between prospective buyers and those who had purchased an e-bike, and some of the higher cycling mode share was due to decreased use of public transport. The study was only designed to look at the relatively short-term effects of the subvention program and some participants had owned their e-bikes for five months. The data indicated that the earliest adopters cycled more than the latecomers, but this could just as well be a result of stronger motivation as of length of ownership. Typically, many people will cycle less or stop cycling completely in the winter months.

The study concluded that financial incentives can contribute to a boost in active transport even when the subvention is simplistic and doesn’t target specific population segments. For subvention receivers participating in the study, the increase in cycling was significant so promoting e-bikes with fiscal incentives seems to work as intended in a Nordic country with relatively low cycling levels.