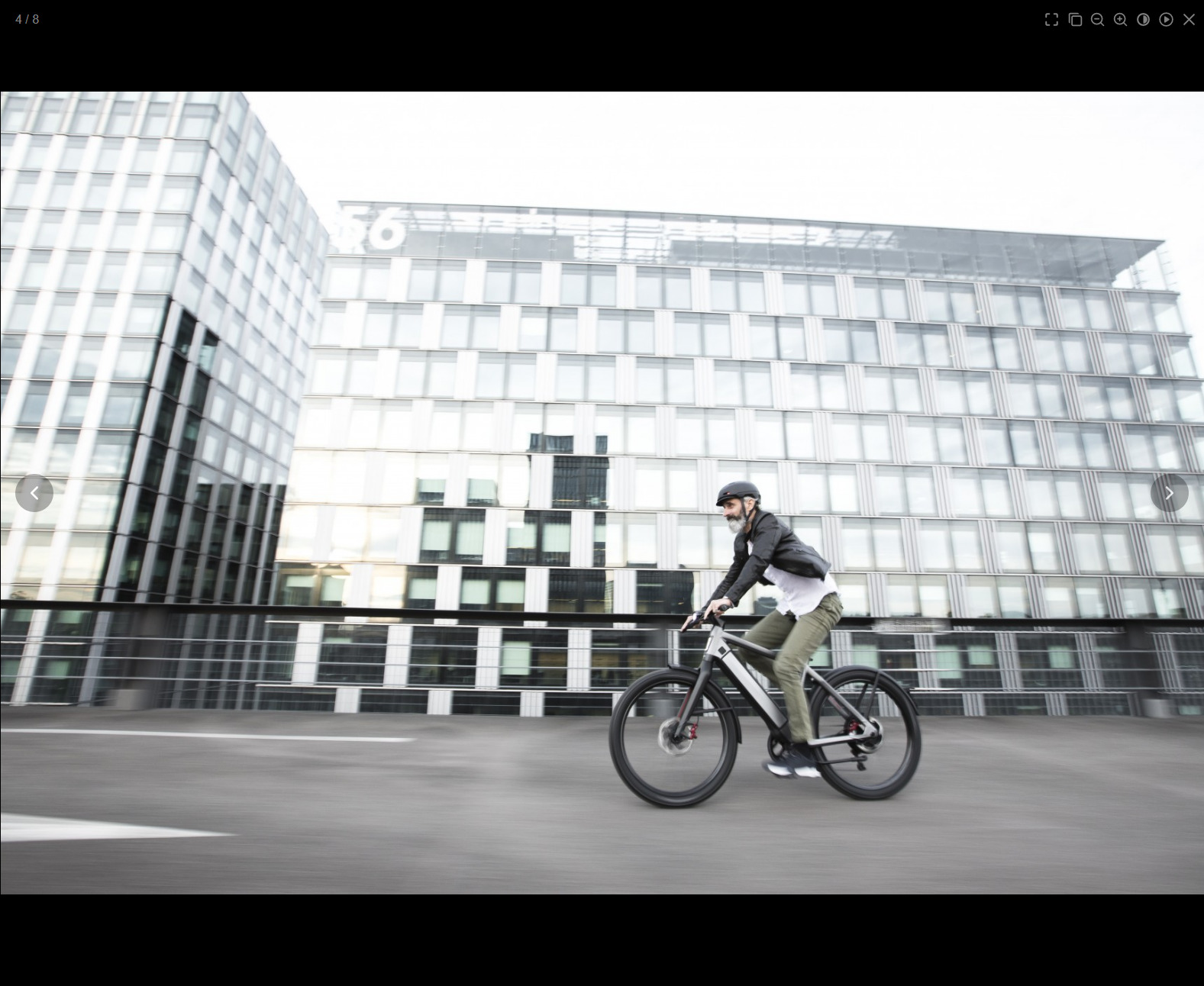 On the back of the very successful anniversary year of 2019, LEVA-EU member myStromer AG again enjoyed clear business growth in 2020. It saw revenue increase year on year.

In terms of staff, the market leader in the niche market of fast e-bikes (speed pedelecs) is investing in the future. The purpose of its recruitment drive is to increase capacity particularly in the fields of quality management, quality control and customer service. It is expected that the first speed pedelec with fully integrated ABS, the new ST5 ABS will get a market launch in the summer of this year.

Stromer was especially successful in the Netherlands, where it increased its market share for fast e-bikes of up to 45 km/h for the second year in a row. More specifically, it grew by 19 percent to extend its market lead to a 39.3 percent market share. In absolute figures, 1,850 Stromer speed pedelecs were registered there. In Belgium the market share reached 32.3 percent, with 4,061 registered Stromer bikes. Looking at the picture worldwide, myStromer AG is the market leader for Speed Pedelecs in the United States, Germany, France, Belgium, Switzerland, Canada, Denmark and the Netherlands. Nor is Stromer a stranger to success in its home market Switzerland, where growth reached 20 percent last year. “The bicycle industry has just celebrated its second successive record year,” commented Jakob Luksch, CEO of myStromer AG commented. “And the coronavirus pandemic has given the mobility transformation further momentum. People are rediscovering the bicycle both for leisure and for commuting.”

The business figures are one measure of success – but not the only one. The other highlights of the past year mentioned by Jakob Luksch include “the many awards we received for our bikes, and the steady evolution of the company. The start of the ERP project in April 2020 and the expansion of the team by almost one-third helped us lay the foundations for our growth plans for the coming years,” explained the CEO. 2020 was the first year in the history of myStromer AG where the entire annual production (12,417 bikes) came from the three assembly lines at the Stromer Campus in Oberwangen.

Stromer customers appear to have been just as active as the company itself. The bikes equipped with OMNI interface alon have covered more than 200 million kilometres to date. An evaluation of the OMNI data revealed that in last year, 55,192 Stromer riders with an OMNI bike rode 69,010,676 kilometres – that is equivalent to more than 1,700 times round the world. There are currently 87,909 Stromer bikes in circulation. Another impressive statistic: Stromer riders reach on average 25 kilometres a day on weekdays – with the Belgians in the lead with 33 kilometres.

The opening of the Stromer Europe B.V. subsidiary in Treurenburg, the Netherlands, means this new EU service center increases Stromer’s delivery capacity. The opening took place on February 1, 2021. Kobe Broos, previously Market Manager Stromer BeNeLux, is now General Manager of myStromer Europe. Initially, accessories and spare parts for European customers will be supplied directly from Treurenburg. In a later phase, bikes will be delivered from here and the showroom will be expanded for dealer consultations and training.

This year, the focus at Stromer will be on quality optimization. “The transformation from having bikes built under contract to running our own assembly operations calls for supply chain management, assembly and quality management – the classic functions of a manufacturing company. We’ve specifically stepped up our capacity to handle such tasks and the quality with which we do,” added CEO Jakob Luksch.

Moreover, April will see the launch of a new ERP system and a B2B shop. These investments will mean myStromer AG is able to move forward with optimism and from a position of strength. “We expect further moderate growth in 2021. There is the prospect that liberalization of speed pedelecs in populous countries such as Germany and France will produce strong growth,” CEO Jakob Luksch explains. On the product side, Stromer also has new things in the pipeline for 2021: The new ST2 that will be available from dealers from February and is the first Stromer speed pedelec with carbon belt drive.

From June, a technical highlight will become available with the latest generation of the ST5: Stromer’s flagship model is the first speed pedelec with fully integrated ABS. This model has just made it to the final of the iF DESIGN AWARD 2021, having stood up to close scrutiny in one of the world’s top design competitions.