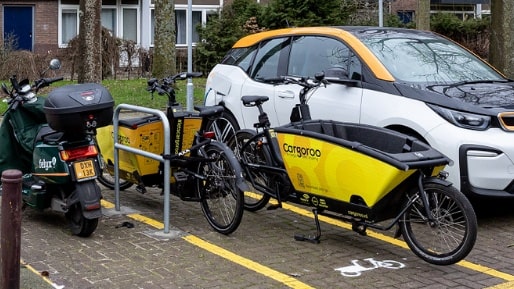 The final 7 Amsterdam hubs have recently been completed, bringing the total to 17. At such locations, city-goers can borrow a shared bike, cargo bike, car, or scooter.

The eHubs have become operational on a trial basis with a subsidy. Further European cities including Arnhem, Nijmegen, Leuven and Manchester are operating similar schemes. The hubs act as a research point for various universities conducting research on the interchangeability of shared mobility in modern cities.

Three of the recently added eHubs are located at the Amsterdam Science Park. Three other eHubs are set up in Amsterdam-West and one is operational in Watergraafsmeer.

Due to the Hubs only becoming functional in recent months, their success cannot yet be confirmed. However, other EV rental schemes have seen steady increases since launch.