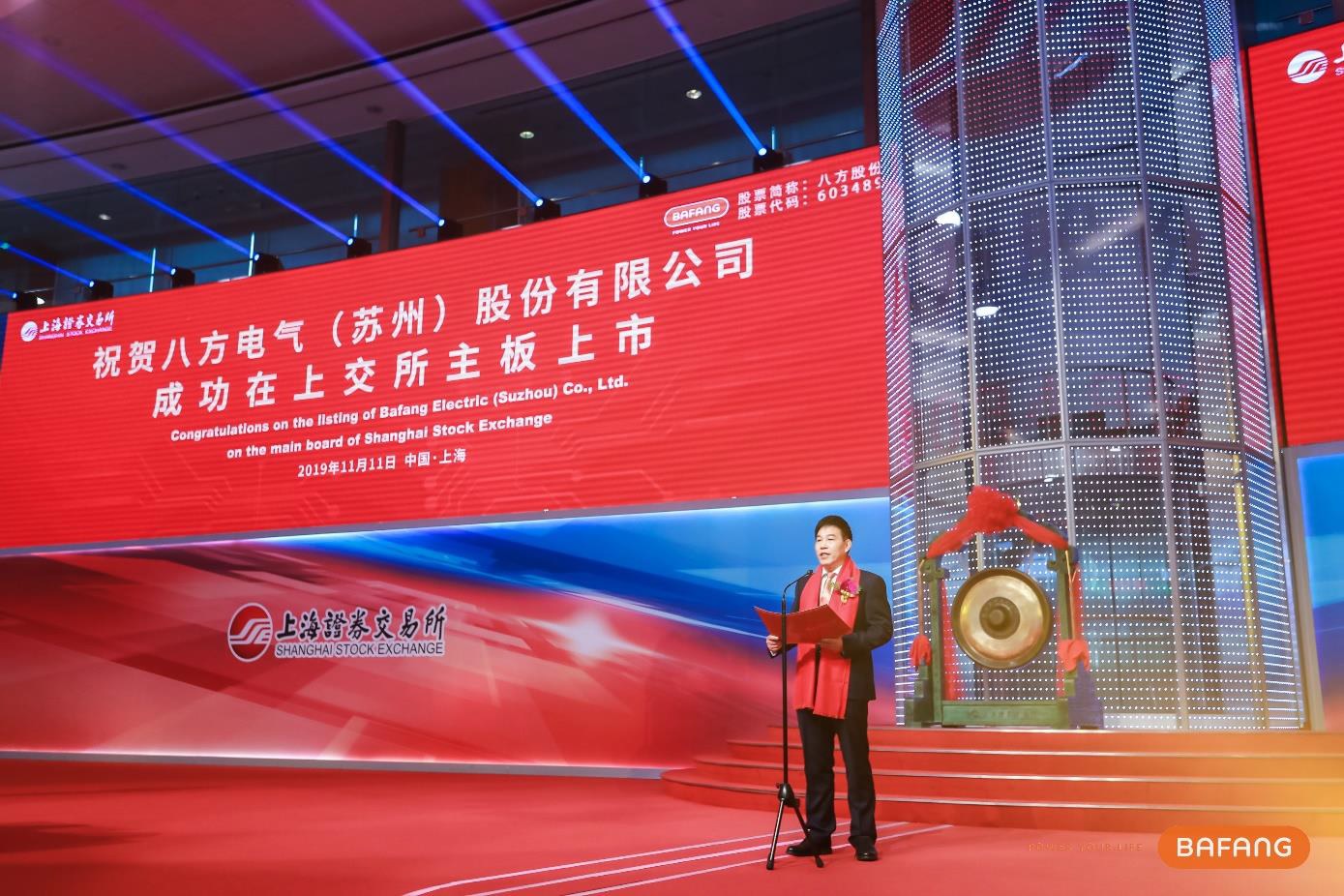 On November 11th, Bafang Electric (Suzhou) Co., Ltd. debuted on the main board in Shanghai Stock Exchange (SSE). 30 million Bafang (BFGF) shares (stock code: 603489) were issued on the capital market, accounting for 25% of the total share capital after release, with an opening price of 43.44 Yuan/share. As of closing day November 11, Bafang’s share price went up 43.99% to hit the daily trading limit of 62.55 Yuan.

The total fund raised is 1.303 billion Yuan (186m US-$ / 168m €), and the net fund raised after deducting issuing expenses is 1.238 billion Yuan. With the funds raised, investment will be made in a variety of areas including the production and construction of electric motors and control systems for EPACs (electrically power assisted cycles, also called “pedelecs”) and the projected production of Li-ion batteries. Further investment will also be made in international marketing projects, replenishing the working capital and in the company’s technical center (R&D department) located at its headquarter